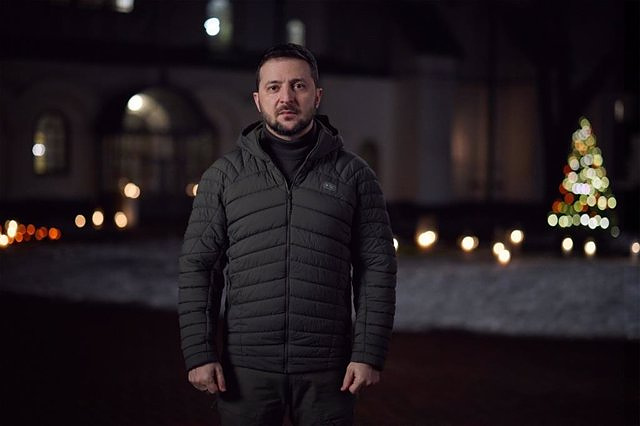 The President of Ukraine, Volodimir Zelensky, has warned the Ukrainians about the danger of possible bombing by Russian troops in the celebrations of the last days of the year.

"There are only a few days left for this year. We must be aware that our enemy will try to make this time dark and difficult for us," he stated in his evening speech broadcast every day by the Ukrainian Presidency since the Russian invasion began on the 24th. February.

The Ukrainian president, moreover, has asserted that "Russia lost everything it could this year." "But it is trying to make up its losses with the gloating of its propagandists after the missile attacks on our country, on our energy sector," he added.

"I know that the darkness will not prevent us from leading the occupiers to their new defeats. But we have to be prepared for any scenario," he said.

Zelensky has asked citizens to be aware of air alarms and to take shelter. "Please take care of yourself, and be ready to help others. When Ukrainians are together, when Ukrainians thank each other, we cannot be defeated," he pointed out.

Thus, the president has taken the opportunity to thank members of the Armed Forces and volunteers, as well as emergency services and critical infrastructure workers, teachers or transporters.

"Thank you to all the leaders and peoples of the world, who this year, together with Ukraine, became leaders in the defense of freedom and next year, I think, together with us, they will do everything possible to become leaders of peace. ", has declared.