Post a Comment Print Share on Facebook
Famagusta
DOLLAR 18,64
EURO 19,29
GOLD 1.048,60
BIST 4.962,48
Dogecoin Spike Fuels Meme Token Economy to a Huge Jump of Close to 10%
Report: Only 5.3% Spanish Crypto Investors have been notified to declare...
Why casinos do not allow kids to gamble
Payments giant Stripe launches pilot to test crypto payouts with Twitter
Vlad Ponomarev, CEO of Broxus, on Everscale and the Development of a Universal...
Quik.com now has Minting of.VR and.Metaverse Domains
The Biggest Movers: APE Up Almost 30%, ZIL, and AAVE are Wednesday's...
Paul Farhi, founder of Solidus AITECH, talks about Artificial Intelligence...
Malaysia holds over 600 people for stealing electricity to mine cryptocurrency
Central Bank of Sudan warns of risks associated with cryptocurrency

The world population reaches 8,000 million people, a milestone in the face of increasing inequalities 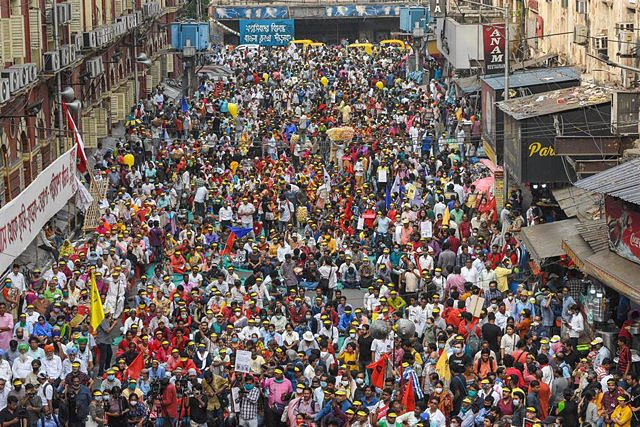 The world population has reached 8,000 million people this Tuesday, a figure that the UN Secretary General, António Guterres, describes as a "historical milestone for the development of humanity" despite the fact that the annual growth rate is the slowest since the 1950s and that inequalities continue to rise.

The UN World Population Prospects report places India as the most populous country by 2030 ahead of China and indicates that the world population could reach 8.5 billion by 2030, a figure that could rise to 9.7 billion. million in 2050 and 10.4 billion in 2080.

"This year marks a milestone. (...) This is an occasion to celebrate diversity and acknowledge our common humanity as we marvel at advances in health, which have dramatically reduced maternal and infant mortality rates," Guterres has asserted.

However, he has expressed that it is a reminder of "the shared responsibility of caring for the planet" and the need to reflect on "the commitments that have not been fulfilled." In this sense, he has recalled the importance of dealing with crises such as the coronavirus, the climate crisis or armed conflicts: "the world is in danger".

"We still live in a world of gender inequality, where women's rights are violated and basic services are denied. Complications during pregnancy and childbirth remain the leading cause of death for women between the ages of 15 and 19 years old," he lamented.

For this reason, he has defended that although the figure is a "numerical milestone" it is important to "focus on people" and has stressed that policies focused on reducing the birth rate "will not have a great impact on population growth worldwide".

In addition, he has urged to "reduce the enormous gap between those who have a lot and those who have nothing" given that "we are heading for a world full of tensions and mistrust, of crises and conflicts". "The facts speak for themselves. A series of billionaires control as much wealth as the poorest half of the world. The richest 1 percent of the world pockets a fifth of the world's income and the inhabitants of the richest countries have a life expectancy up to 30 years longer than the poor," he warned.

In this sense, he has emphasized the fact that "as the world has become richer and has prospered in recent decades, the differences have also increased" and has stipulated that these are "long-term trends" that they include the "accelerating climate crisis and the disparity in recovery from the pandemic."

"As long as emissions and temperatures continue to rise, we are headed straight for climate catastrophe. Floods, storms and droughts are devastating countries that have barely contributed to global warming. The war in Ukraine adds to the current crises, (. ..) that affect developing economies to a greater extent", he pointed out.

The UN has warned that population growth is "a cause and at the same time a consequence of slow progress in development" and has pointed out that there has been an increase in the population over 65 years of age despite the fact that each time more countries are experiencing a decline in their populations.

Currently, two-thirds of the world's population lives in a country where the birth rate is less than 2.1 births per woman, an average that could imply zero growth in the long term. The population of 61 countries or regions is projected to decline by at least 1 percent between 2022 and 2050 due to low birth rates and, in some cases, high emigration rates.

Countries with a higher birth rate tend to be those with lower per capita income, as pointed out in the document from the United Nations Department of Economic and Social Affairs (DESA), which has stressed that the increase in population has been concentrated in the poorest countries, most of which are in sub-Saharan Africa.

"Despite the fact that population growth magnifies the environmental impact of economic development, the increase in per capita income is the main driver of unsustainable production and consumption patterns," indicates the text, which points out that it is the countries with higher incomes that that emit more greenhouse gases, and not those that have a higher population index.

"The relationship between population growth and sustainable development is complex and multidimensional," said Liu Zhenmin, UN Under-Secretary-General for Economic and Social Affairs. "Rapid population growth makes it more difficult to eradicate poverty, fight hunger and malnutrition, as well as expand the coverage of health and education systems," he continued.

On the other hand, he insisted, the scope of the Sustainable Development Goals, especially those related to health, education and gender equality, "will make it possible to reduce birth rates and reverse the growth of the world population".

However, in most sub-Saharan African countries, as well as in some parts of Asia, Latin America and the Caribbean, the proportion of the population of working age (between 25 and 64 years) has increased due to recent reductions in the natality.

This, according to the UN report, offers an opportunity "to achieve accelerated economic growth per capita", although countries with aging populations must take measures to "align public programs with the growing number of older people, including the establishing universal healthcare and long-term care systems and improving the sustainability of social security and pension systems".

Life expectancy reached 72.8 years in 2019, an improvement of almost nine years since 1990. Future reductions in mortality are projected to translate into an average global longevity of around 77.2 years on average by 2050.

However, the UN asks not to lose sight of the great inequalities between countries and regions of the world: in 2021, the life expectancy of the least developed countries was 7 years less than the world average.

The coronavirus pandemic has affected these indicators. In 2021, global life expectancy fell to 71 years on average. In turn, COVID-19 has reduced the birth rate and human mobility, as well as international migration.

Guterres, for his part, has urged the international community to "work together to achieve equality and solidarity to ensure that the planet meets the needs of future generations" and has called for "protecting Human Rights and the ability of all individuals to make informed decisions about the decision to have children, no", he defended. 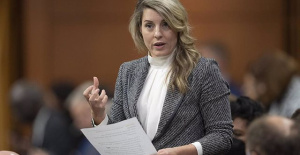 Canada sees arms support for Ukraine as a way to strengthen... 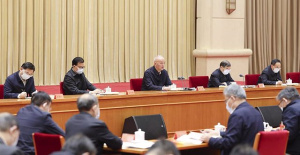 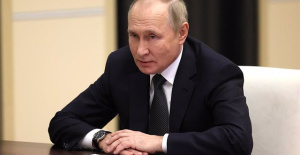 Putin calls for the integration of the four annexed... 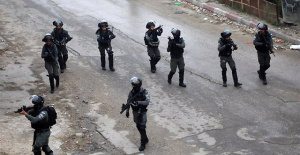 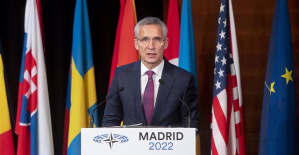