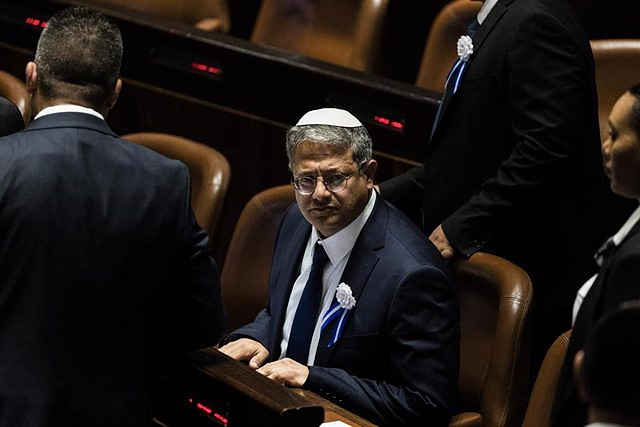 The Foreign Ministry of the Palestinian Authority has warned this Sunday about the danger posed to the status of the Al Aqsa mosque by the agreement between the Likud of the designated prime minister, Benjamin Netanyahu, and the far-right leader Itamar Ben Gvir, of the Otzma party Yehudi.

The Foreign Ministry has emphasized in a statement, picked up by the WAFA news agency, that any change in the status of the Al Aqsa mosque is "a direct threat to trigger the conflict" in the region.

In this sense, he has alleged that the agreements signed by Netanyahu with Ben Gvir give the far-right "powers to exercise his racist policies and positions", which also leads to transforming the nature of the conflict "from political to religious".

Thus, it has asked the international community to act "quickly" to coordinate efforts and agree on a program of action that covers all areas of work, from the political to the diplomatic, passing through the legal, with the aim of providing "protection" to the Al Aqsa Mosque.

In fact, this Sunday, dozens of settlers entered the Al Asa mosque through the Moroccan Gate, heavily guarded by Israeli security forces, according to the aforementioned news agency.

The Esplanade of the Mosques is the religious heart of East Jerusalem and rests on one of its sides on the Wailing Wall, the last vestige of the Jewish Solomon's Temple, for which reason Muslims fear that Israel seeks to destroy the Al Aqsa Mosque - -third holiest site in Islam-- to build a Jewish Third Temple in Jerusalem.

The far-right leader has been accused in the past of inciting violence and stoking tensions with the Palestinians. The parliamentarian has made numerous visits to the Esplanade of the Mosques and supports that Jews can pray in the place, something prohibited at the moment.

Ben Gvir advocated after the double attack carried out in Jerusalem for "a return to selective assassinations", increase restrictions on prisoners convicted of security crimes, suspend payments to the Palestinian Authority that are derived from families of terrorists and "apply a touch curfew and go house to house" to look for the suspects.

The Likud-led bloc, which has the support of ultra-Orthodox and far-right parties, has 64 of the 120 seats in the Knesset after the November 1 elections, so Netanyahu has the path open to return to office less than two years after his electoral defeat.

‹ ›
Keywords:
Palestina
Your comment has been forwarded to the administrator for approval.×
Warning! Will constitute a criminal offense, illegal, threatening, offensive, insulting and swearing, derogatory, defamatory, vulgar, pornographic, indecent, personality rights, damaging or similar nature in the nature of all kinds of financial content, legal, criminal and administrative responsibility for the content of the sender member / members are belong.
Related News