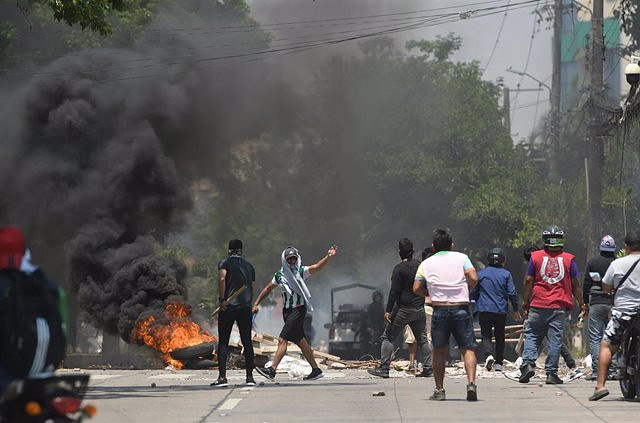 The Inter-American Court of Human Rights (IACHR) of the Organization of American States (OAS) has condemned this Saturday the acts of violence recorded during the Santa Cruz strike, within the framework of the protests for the holding of the census in 2023.

"IACHR condemns new acts of violence in Santa Cruz: physical attacks against journalists, sexual violence, harassment of staff and users of Casa de la Mujer, and the burning of the Central Obrera. The State urges the investigation with an ethnic-racial gender approach "He has maintained in a statement published on his official Twitter account.

In addition, he has called on the protesters to avoid any act of violence and on society as a whole to undertake an effective dialogue, after President Luis Arce has already set a date for its celebration in the year 2024.

In the same sense, Vice President David Choquehuanca has called for unity this Saturday in a press release and has demanded to avoid allowing "radicals" to generate divisions and conflicts using the census issue. For this reason, he has advocated respecting the results of the polls and his president and has assured that when they attack his president, they attack his people.