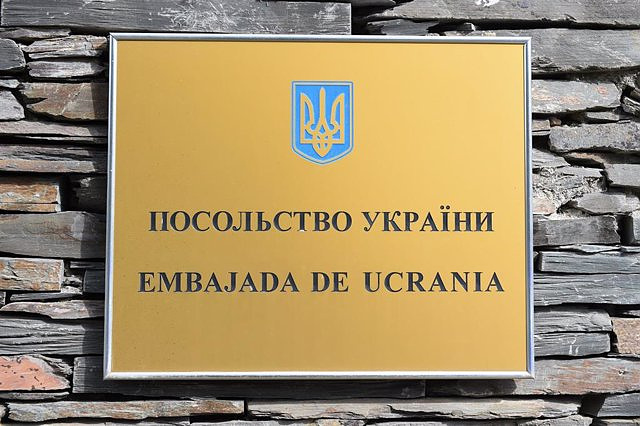 During the last few days, Ukrainian diplomatic institutions around the world have been subjected to acts of "terror and intimidation" in which Russia has been involved, as it has explained.

Thus, the Ukrainian government has indicated that this type of package has arrived at the country's embassies in Hungary, the Netherlands, Poland, Croatia and Italy, although suspicious shipments have also been registered at the country's consulates in Poland, the Czech Republic and Italy.

"The packages themselves were wet with a liquid with a characteristic odor and had a certain stench. We are studying the meaning of these messages," Oleg Nikolenko, spokesman for the ministry, said in a statement.

He also explained that several people have broken into the residence of the Ukrainian ambassador in the Vatican and the country's Embassy in Kazakhstan in the context of a series of attacks against the country's diplomatic missions, such as the presence of a letter with a detonation mechanism found in the Ukrainian Embassy in Spain, where a worker has been slightly injured.

"We have reason to believe that a well-planned campaign of terror and intimidation has been launched against Ukrainian embassies and consulates. Unable to stop Ukraine on the diplomatic front, they are trying to intimidate us. However, I can say that this will not work. We will continue to work effectively to achieve victory in Ukraine," Foreign Minister Dimitro Kuleba said.

Ukrainian forces are cooperating with the authorities of these countries to investigate all cases and analyze the threats received. Meanwhile, the Ukrainian diplomatic legations abroad have been placed under the highest level of alert and security following orders from Kuleba himself.

"We ask all foreign governments to guarantee the maximum protection of Ukrainian diplomatic institutions following the Vienna Convention on Diplomatic Relations," he stressed.