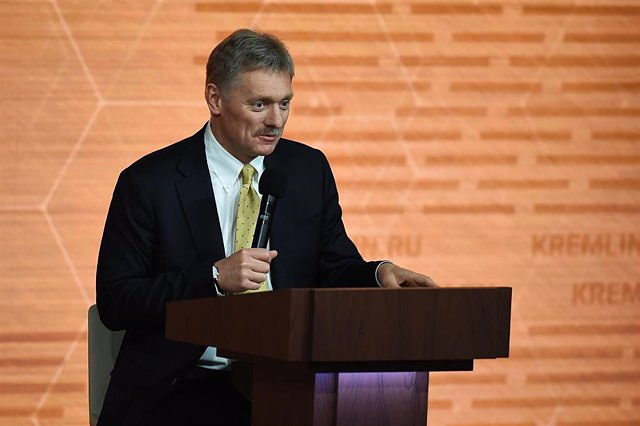 Kremlin spokesman Dimitri Peskov confirmed this Friday that Russia will not negotiate with US President Joe Biden if he continues to link the dialogue to the Russian withdrawal from Ukraine.

This is how he referred to the words of the tenant of the White House, who, although he has advocated opening a negotiation process to end the war, has insisted that for this, Russia "has to leave Ukraine".

"Biden thinks that this would be the key demonstration that (Vladimir) Putin is willing to negotiate," he asserted before adding that, "of course, the military operation continues."

However, he has stated that Putin "is generally willing to talk" and has insisted that "of course, the most preferable way to achieve our interests is through diplomatic and peaceful means."

In this sense, he pointed out that "the United States still does not recognize the new territories that are part of Russia, something that significantly complicates the search for a possible scenario for the debate."

In addition, he has asserted that it was Putin who "tried to negotiate on security guarantees with the United States and with NATO" and recalled that "this initiative was not received reciprocally." "The Russian president has always remained open to negotiations to ensure our interests and achieve our goals."

On Thursday, Biden indicated that he was willing to talk with Putin about the possibility of ending hostilities, although he ruled out any contact in the near future, considering that Moscow must first take certain measures, such as withdrawing its troops from Ukrainian territory.

‹ ›
Keywords:
RusiaUcraniaJoe Biden
Your comment has been forwarded to the administrator for approval.×
Warning! Will constitute a criminal offense, illegal, threatening, offensive, insulting and swearing, derogatory, defamatory, vulgar, pornographic, indecent, personality rights, damaging or similar nature in the nature of all kinds of financial content, legal, criminal and administrative responsibility for the content of the sender member / members are belong.
Related News