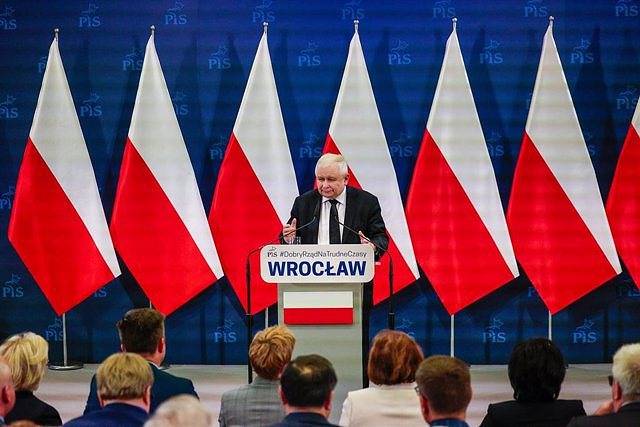 Polish leader Jaroslaw Kaczynski has accused Germany of wanting to dominate Europe peacefully after its failure to do so militarily.

"The Germans today want to achieve by peaceful means what they wanted to achieve by military force," Kaczynski declared this Saturday during an act in Legnica, in the south of the country.

However, Kaczynski stressed that Europe's strength lies in its diversity and in the sovereignty of the EU Member States. That is why he considers that Germany's attempt to dominate Europe "is a path that leads to crisis and disaster", which worries Poland, Europe and Germany as well.

Kaczynski is the leader of the Polish ruling party, the conservative Law and Justice (PiS) party. Although he does not have any government position, he is the most influential political figure in the country.

The PiS has hardened its nationalist and anti-German discourse in the face of the proximity of the elections scheduled for next year and in the face of a clear decline in the results of the formation in the polls.

‹ ›
Keywords:
AlemaniaPolonia
Your comment has been forwarded to the administrator for approval.×
Warning! Will constitute a criminal offense, illegal, threatening, offensive, insulting and swearing, derogatory, defamatory, vulgar, pornographic, indecent, personality rights, damaging or similar nature in the nature of all kinds of financial content, legal, criminal and administrative responsibility for the content of the sender member / members are belong.
Related News