It is a precedent for the Supreme Court when assessing sentence reviews for reforms of the Penal Code. 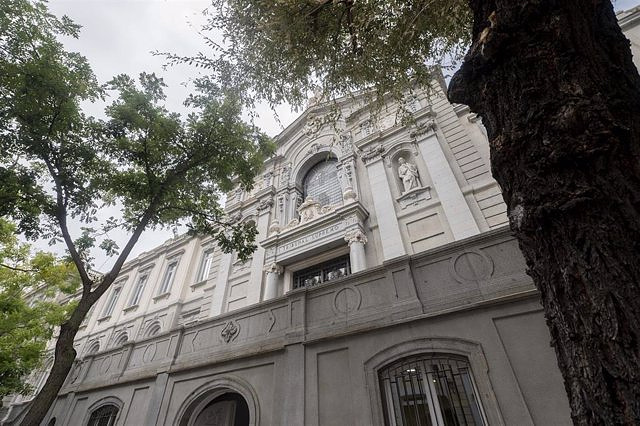 In 2013, the Supreme Court rejected reviewing the sentence of 6 years in prison for a man convicted of international cocaine trafficking despite the fact that a reform of the Penal Code related to crimes against public health adjusted the penological framework downwards.

In a Supreme Court ruling of April 2013, for which the now Constitutional Court magistrate Cándido Conde-Pumpido was the rapporteur and which obtained the support of the entire Chamber, the High Court concluded that although the lower court resolution imposed on the convicted person the a sentence of six years, which according to the new legal framework was the maximum, it was assessed that said sanction was not "disproportionate in relation to the act prosecuted".

In this case, which, although it is not related to the crimes of sexual assault reviewed in application of the "only yes is yes" law, shares the fact that the type was modified in a legal reform, the defendant was convicted of participating in an international cocaine trafficking operation. It is recorded that he personally traveled to Colombia where he contacted traffickers to receive shipments of cocaine and emeralds.

The defendant alleged that, when he was convicted, the penalty established in article 368 of the Penal Code for trafficking in narcotic substances causing serious damage to health was imprisonment from six to nine years. But after the reform of the Criminal Code, the fork went from three to six years.

For this reason, he requested that, since the sentence imposed was six, "it should be proportionally reduced to adapt to the new legal framework, replacing it with four years and six months."

But the Supreme Court focuses on the Second Transitory Provision of Organic Law 5/2010 on the reform of the Criminal Code to warn that the weighting of the most favorable sentence in the review of final sentences "has to do without elements of individualization linked to the exercise of judicial discretion".

And it emphasizes that for the new penalty --after the modification-- to be considered more favorable than the one imposed in the final sentence, the latter must be "higher" than the maximum limit of the new penological framework. That is, it must exceed the new limits set.

"In effect, only if the penalty applied in a final sentence is higher than this legal framework can it be said that the penalty of the new Code is more beneficial, since in accordance with its provisions it could not have been imposed," reads the Supreme Court resolution. .

In line, the Supreme Court explains that in the case under study "the current wording of article 368 of the Criminal Code does not constitute a more favorable norm that imperatively requires the application of the principle of retroactivity, since the imposed sentence of six years in prison is also taxable in the abstract in accordance with the reform (which covers up to six years in prison, as the maximum sentence) taking into account the fact with its circumstances".

The Supreme Court included that already in the appealed resolution, issued by the Third Section of the Provincial Court of Pamplona on May 25, 2011, the request for review of the sentence applied by the appellant in retroactive application of the reform operated by the Organic Law 5/2010.

On the other hand, that sentence highlights that the taxable penalty cannot be considered under "strictly abstract" parameters, but rather of concrete imposition in the case under review, since the penalty must be measured with all "its circumstances."

‹ ›
Keywords:
CocaínaCrímenesTribunal Supremo
Your comment has been forwarded to the administrator for approval.×
Warning! Will constitute a criminal offense, illegal, threatening, offensive, insulting and swearing, derogatory, defamatory, vulgar, pornographic, indecent, personality rights, damaging or similar nature in the nature of all kinds of financial content, legal, criminal and administrative responsibility for the content of the sender member / members are belong.
Related News