The High Court celebrates this Wednesday the public hearing to know the resources of the defenses against the sentence of Navarra. 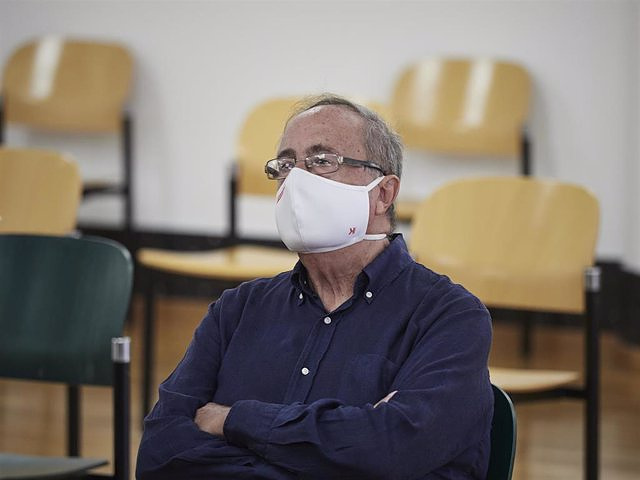 The defense of the former manager of Club Atlético Osasuna Ángel Vizcay has asked the Supreme Court to acquit him of the sentence of 8 years and 8 months in prison to which he was sentenced, considering that his right to effective judicial protection and presumption has been violated of innocence with the sentence of the Audiencia de Navarra. "He cannot be sentenced for misappropriation who has not appropriated anything", has been one of the arguments of his lawyer.

Vizcay's lawyer and those of another seven of the nine convicted in the 'Osasuna case' have gone before the Supreme Court this Wednesday to raise their appeals against the ruling of the Navarra Court that considered proven that members of the Board of Directors of Osasuna They agreed to give priority to former Betis players Antonio Amaya and Xabi Torres in order to "alter the results of the sports competition."

The sentence established that the leaders of Osasuna paid "a total of 650,000 euros" to the Betis players to "encourage their victory against Real Valladolid on matchday 37 of the 2013/2014 season" and to let them "win in the match that pitted them against Osasuna on matchday 38".

In the public hearing, presided over by magistrate Julián Sánchez Melgar, the defenses have ruled against the sentence that handed down sentences that ranged between 8 years and 8 months in prison and one year in prison for crimes of misappropriation, falsehood in commercial document, false accounting and sports corruption.

It should be remembered that the resolution of the Audiencia de Navarra that the Supreme Court reviews this Wednesday was the first in Spain that it condemned for the crime of sports corruption.

At the beginning of the hearing, the defense of Ángel Vizcay has assured that with the conviction of the 'Osasuna case' a series of fundamental rights of his client have been violated, including the right to effective judicial protection and the presumption of innocence.

The Court of Navarra imposed the most serious sentence on Vizcay: 8 years and 8 months in prison: 4 years and 3 months for misappropriation; 2 years and 9 months for two crimes of falsifying a commercial document in an ideal bankruptcy with a crime of accounting falsification; and 5 months for sports corruption

The lawyer has defended that the motivation of the sentence "is not duly founded" and that, in addition, it is "arbitrary and erroneous in the assessment of the evidence". In his opinion, "there is no continuing crime of misappropriation in terms of the evidence" included in the resolution. On this point, he has emphasized that "one who has not appropriated anything cannot be convicted of misappropriation."

Likewise, the lawyer has denounced one that "there is not sufficient proof of the charge" to violate Vizcay's right to the presumption of innocence or evidence that he participated in the crime of documentary falsification attributed to him.

The defense has insisted that the former Osasuna manager must be acquitted because "above" him there was "a general manager and a board of directors." "Mr. Vizcay was a blind instrument to the orders of his superiors", he has said.

In addition, he has pointed out that "if everything that has been done has been for the benefit of Osasuna himself and there has been no enrichment, Osasuna should not be compensated", as, in his opinion, neither should the then president of the Miguel Ángel Club. Archanco.

During her turn to speak, the lawyer in charge of Archanco's defense has also alleged a violation of her client's right to have a process with all the guarantees.

His defense has ensured that he was tried by a court "chosen 'ad hoc'" that was constituted in an "opaque" manner, for which reason, in his opinion, "it does not enjoy the impartiality and independence that it should have."

In addition, the lawyer has stated that there was a violation of rights by allowing the soccer league to intervene in the process as a private prosecution.

"He was not legitimized," he said, while defending that if his participation in the procedure was accepted, it should have been done under the figure of popular accusation. "He is neither offended nor harmed by the crime of misappropriation, nor by commercial counterfeiting nor by sports corruption," he added.

The defense has also insisted that the evidence for which Archanco has been convicted has been "insufficient and improperly reasoned."

‹ ›
Keywords:
CrímenesTribunal SupremoOsasuna
Your comment has been forwarded to the administrator for approval.×
Warning! Will constitute a criminal offense, illegal, threatening, offensive, insulting and swearing, derogatory, defamatory, vulgar, pornographic, indecent, personality rights, damaging or similar nature in the nature of all kinds of financial content, legal, criminal and administrative responsibility for the content of the sender member / members are belong.
Related News