They ask Llop to "sit down" to negotiate and to provide the Administration with the means to be able to face a heavy workload. 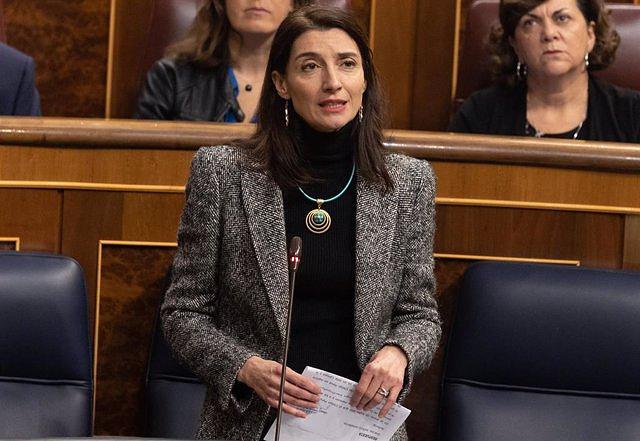 Officials of the Administration of Justice have gathered this Friday in front of their respective judicial headquarters to ask the Ministry directed by Pilar Llop to "open the negotiation table and sit down" until an agreement is reached, demanding in turn that "it not impose on working conditions through the Organizational Efficiency Law".

The president of the CSIF Justice sector, Javier Jordán, has made it clear that the officials are "fed up" at the same time that he has demanded that the PSOE "do justice to the initials of his party" and begin to behave as a "socialist, progressive and defender of workers' rights".

In this context, Jordán has urged Justice to "provide adequate and sufficient means to the administration." "More than 22,000 additional positions are missing to match European standards. Courthouses are falling and computer programs are falling day after day, delaying judicial proceedings. The Ministry has to sit down to negotiate and that this new model of justice be participated with the workers", he pointed out.

It should be remembered that the convening unions demand the negotiation of the Law of Organizational Efficiency of the Public Justice Service to guarantee the working conditions, the destination centers and the functions of civil servants.

This is how they explain it in a joint statement signed by the CCOO, UGT and STAJ, collected by Europa Press, in which they denounce that the draft Organizational Efficiency Law does not guarantee the current destination centers nor the remuneration and other labor rights and may imply a significant reduction in jobs and suppression of services provided by the Administration of Justice. In his opinion, it will harm and further deteriorate the public service that Llop should defend.

For her part, Emilia Rubio, from the Justice Administration Workers Union (STAJ) itself, criticized the fact that a Ministry that defines itself as "dialogue, consensus and in defense of workers" is the one that "imposes the most and negotiates the least ". "Signed agreements are still not fulfilled," she added.

Rubio, who has been present at the rally in front of the National Court attended by about thirty people, has stated that the workers are "tired of laws that are made quickly and hastily and do not work."

"What we want is for them to comply with the agreements, to talk about the working conditions of Justice officials, because this modification is very important and it must be done well," he said.

Along these lines, Rubio has also focused on the "lack of means in Justice" and on failures in new technologies, also pointing to an excessive workload and his unaffordable judgment.

On the other hand, the unions denounce that the Efficiency Law project allows the functional and geographical mobility of the personnel and the assignment of functions corresponding to other work centers different from the one in which they are assigned, suppressing the specialization in the performance of functions which is what makes it possible to provide a better service to the citizen.

From his point of view, this "discretionary mobility can be used for political control of the Justice Administration at the cost of cutting the rights of justice officials."

This concentration is part of a calendar of mobilizations that will continue, as explained by CSIF, until the Ministry led by Pilar Llop "sits down to negotiate the future LEO and commits to solving the historical problems that the Spanish Justice is dragging". Thus, the employees of Justice are called to also concentrate on December 16.