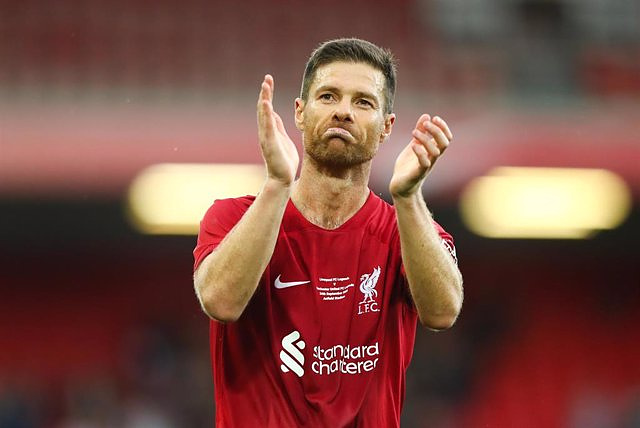 The former Spanish soccer player and coach Xabi Alonso will train Bayer 04 Leverkusen until June 30, 2024, replacing the Swiss of Spanish origin Gerardo Seoane, according to the German club on its official website.

Xabi Alonso, coach of Sanse, the subsidiary of Real Sociedad, between 2019 and 2022, will be presented this Thursday at the BayArena in Leverkusen.

"Gerardo Seoane has done a good job at Bayer 04 over the last year and a half, especially with qualification for the Champions League. Unfortunately, we have gone off course. From our point of view, early elimination from the DFB Cup and, in particular, the current position in the Bundesliga, which is far below our expectations, made the change of coach imperative," said the German club's sporting director, Simon Rolfes, after the 2-0 loss against Porto in the Champions League.

Alonso will be assisted at Bayer 04 by his assistant coach, Sebastián Parrilla. "I know Leverkusen from my time in Germany as an excellent club. Bayer 04 have always had great players and I see a lot of quality in the current team as well. In my discussions with the club, it quickly became clear that despite the difficult situation, Ambitious goals are still being pursued. I'm very enthusiastic about this task and I'm sure we'll be up to the task", said the player from Tolosa.

‹ ›
Keywords:
Bayer
Your comment has been forwarded to the administrator for approval.×
Warning! Will constitute a criminal offense, illegal, threatening, offensive, insulting and swearing, derogatory, defamatory, vulgar, pornographic, indecent, personality rights, damaging or similar nature in the nature of all kinds of financial content, legal, criminal and administrative responsibility for the content of the sender member / members are belong.
Related News