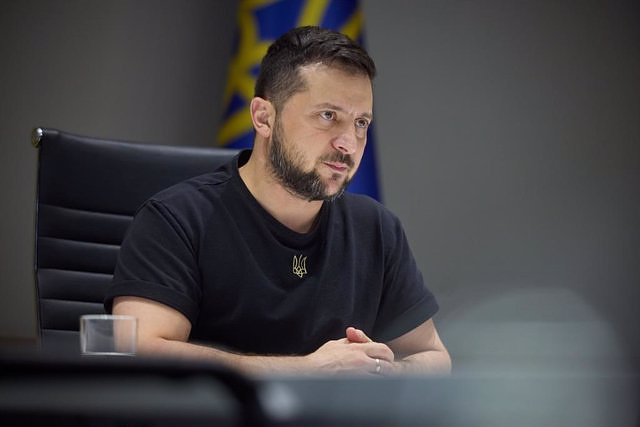 The president of Ukraine, Volodymyr Zelenski, warned Russia on Tuesday that the counter-offensive of the Ukrainian troops will not stop despite the fact that "false referendums" are organized.

"Today there is quite outstanding news from Russia. But what has really happened? What have we heard that had not been heard before? Our positions are clear and well known. Only this should interest us," said the Ukrainian president, alleging the position of the Ukrainian Army in the northeast of the country.

"Our positions are not changed by noise or any announcement somewhere. And we enjoy the full support of our partners in this," Zelensky added.

In this sense, he thanked the unanimous condemnation of most of his partners before the organization by Russia of what he has called "false referendums".

The President of Ukraine has detailed that he is informing the international community of everything that is happening and has confessed that he sees understanding "not only" from his partners, but also from "those States that tried to stay out" of the Ukrainian struggle.

The authorities of the self-proclaimed republics of Donetsk and Lugansk, as well as the pro-Russian authorities of Jershon, announced this same Tuesday that the referendum on the possible accession of these territories to Russia will be held between 23 and 27 September.

For his part, the Russian Foreign Minister, Sergei Lavrov, has indicated that these initiatives, also proposed by the pro-Russian authorities in Zaporizhia, represent a sign of the population's desire to be able to determine whether they want to be part of Russia. "Since the beginning of the special military operation and, in general, in the preceding period, we said that the population of the respective territories should decide their future," he said. "The current situation confirms that they want to be masters of their destiny," he has settled.