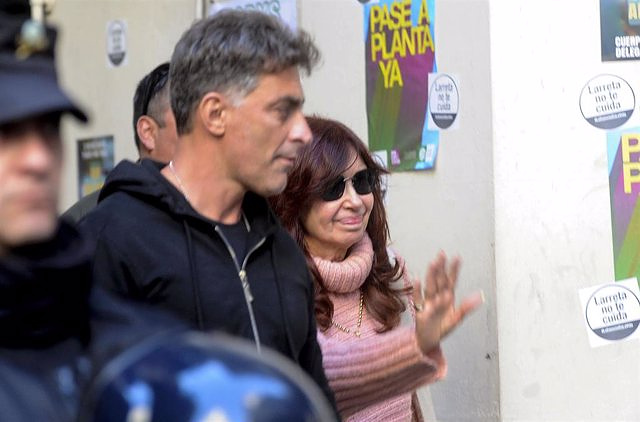 The report on the DNA traces in the 32-caliber Bersa weapon used by Fernando Sabag Montiel to attack Argentine Vice President Cristina Fernández de Kirchner has determined that the person accused of the assassination attempt actually used the weapon.

The Argentine justice has received this Monday the expert results that have found the defendant's fingerprints on the weapon, dispelling the doubts that affirmed that the kidnapped weapon was not the one that was seen in the videos in the hands of the attacker, according to the Télam agency. , citing research sources.

The remains of genetic material have been found on the trigger, the magazine and the handle, confirming that it was Sabag Montiel who wielded the weapon.

The information has been added to other elements that have been incorporated into the investigation this Monday, which remains under summary secrecy, while federal judge María Eugenia Capuchetti and prosecutor Carlos Rívolo are expected to take an investigative statement from Brenda "Ámbar" Uliarte , the aggressor's girlfriend, according to the aforementioned agency.

Meanwhile, judicial sources are looking for alternatives to try to recover information from Sabag Montiel's phone, which was reset while it was available to the Capuchetti court.

Sabag Montiel, the 35-year-old Brazilian who tried to kill Fernández de Kirchner fired his gun twice, although the shot never came out. This was because, although he had a magazine with bullets, there was none in the chamber, 'Clarín' has detailed.