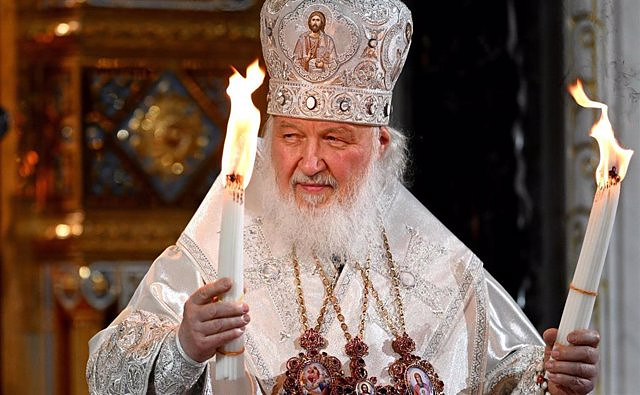 The highest representative of the Orthodox Church in Russia, Patriarch Kirill, has argued in a sermon this Sunday that the sacrifice "in the performance of military duty" in the war against Ukraine "washes away all sins."

"We know that today many people are dying in the fields of war. The Church prays that this fight ends as soon as possible, so that as few brothers as possible kill each other in this fratricidal war," Kirill began by exposing, according to has collected the Russian medium Meduza.

"At the same time, the Church is aware that if someone, moved by a sense of duty, by the need to fulfill an oath, remains faithful to his vocation and dies in the line of military duty, then he undoubtedly commits an act that it is equivalent to a sacrifice", assured the patriarch.

Thus, he has considered that said individual "sacrifices himself for others", in such a way that "this sacrifice washes away all the sins that a person has committed", he has riveted.

The representative of the Russian Orthodox Church has compared those mobilized with Jesus Christ, sacrificing himself with his death in the war.

These statements are made days after Russian President Vladimir Putin announced a "partial mobilization" of 300,000 Russian reservists to participate in the war in Ukraine.

‹ ›
Keywords:
RusiaUcraniaVolcán
Your comment has been forwarded to the administrator for approval.×
Warning! Will constitute a criminal offense, illegal, threatening, offensive, insulting and swearing, derogatory, defamatory, vulgar, pornographic, indecent, personality rights, damaging or similar nature in the nature of all kinds of financial content, legal, criminal and administrative responsibility for the content of the sender member / members are belong.
Related News