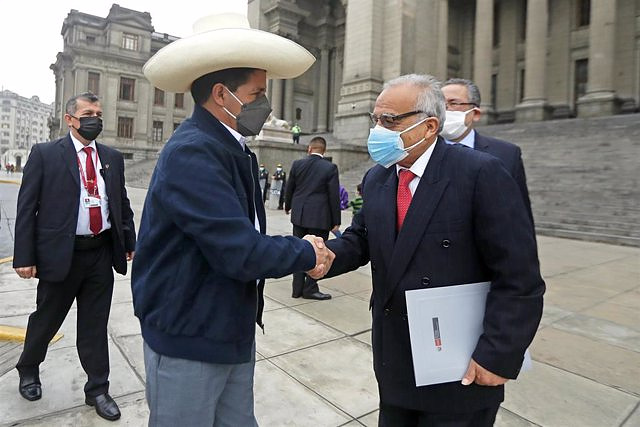 The Prime Minister of Peru, Aníbal Torres, has put his position at the disposal of the President, Pedro Castillo, on Wednesday, arguing his decision on "personal reasons."

"I am retiring from office after having served our country together with you, especially the most neglected and forgotten people," Torres said in a statement addressed to Castillo and published on his social networks.

Until now, the head of government has taken the opportunity to thank the president for the trust placed in him and has announced that he will return to his position as a university teacher.

"I wish you, Mr. President, friend President, the best of success in your administration," he concluded.

Torres, who was by Castillo's side during the campaign period, took office at the head of the Peruvian Executive at the beginning of February after having served as Minister of Justice.

Despite the fact that the Peruvian 'premier' has not remarked that his resignation is irrevocable, it seems that Castillo will have to appoint a new head of government, who will be the fifth in just over a year in office.