The PP maintains its willingness to agree with the Government, but insists that "they have to choose" 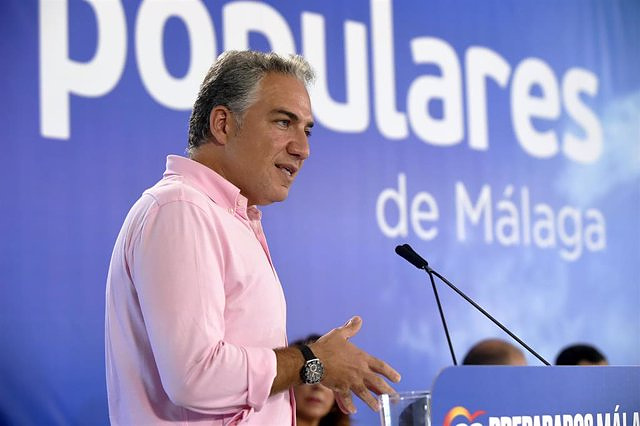 The general coordinator of the PP, Elías Bendodo, has indicated this Wednesday that the party of Núñez Feijóo maintains the will to agree with the Government although it continues to condition it to break with its partners. "You have to choose," he insisted.

This is how Bendodo pronounced himself in an interview with 'TVE' collected by Europa Press, in which he stressed that the PP "has the obligation" to reach "specific" agreements with the Government and that "that is what the Spaniards want ".

In this sense, he has insisted on the President of the Government, Pedro Sánchez, to "forget" about his partners "heirs of ETA and Catalan independentists" since "they only want to break up Spain" and has asked that he accept the "honest hand" of the PP .

"What happens is that the Government, even if it wanted to, cannot, because it is linked to its investiture partners and parliamentarians. Those are Sánchez's allies who prevent reaching any type of agreement with the PP," Bendodo has sentenced.

Likewise, the coordinator of the PP has highlighted that the Executive "is only right" when it corrects and accepts the "popular" proposals. In addition, he has emphasized that "there are already four" the rectifications that they have taken and that they had already proposed from the PP.

Bendodo also considers that "the roles were totally changed" in the debate that the Upper House hosted yesterday. While the opposition "only proposed", according to the 'popular', the government "only attacked the opposition".

"It is noted that the change of cycle in Spain is imminent and Sánchez found himself yesterday face to face with a Prime Minister", the popular general coordinator added, while developing that "this is what happens" when the leader of the Executive is "lack of ideas, nervous and without proposals".