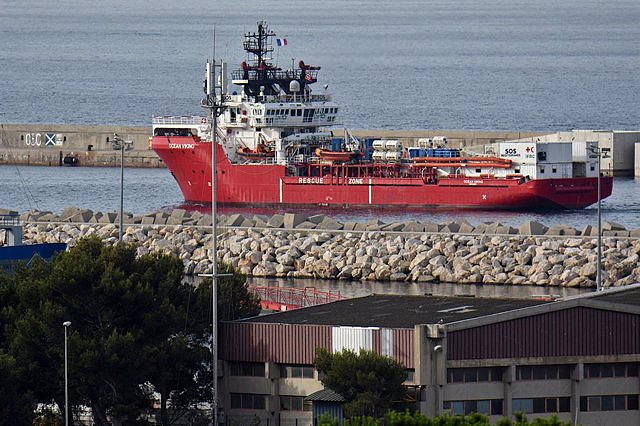 The humanitarian ship 'Ocean Viking' has received permission to disembark 459 rescued migrants in Mediterranean waters in the Italian port of Taranto.

The NGO SOS Mediterranée, owner of the ship, has reported that the ship arrived in Taranto this Sunday morning after more than a week waiting for permission from the authorities. The 459 rescued have been brought on board after a total of ten different rescue operations.

Meanwhile, the ship 'Geo Barents', from Doctors Without Borders, continues to await the allocation of a safe port for the disembarkation of the 267 migrants it has on board. So far the four requests made to Malta and the six made to Italy have been ignored, according to the organization.

For its part, the German organization Resqship has reported that it has received a distress message from a wooden boat with 300 people on board who had been adrift for days without food or water.

The NGO's ship 'Nadir' has given them help until an Italian Coast Guard boat has taken over and has been able to rescue the migrants.

The 'Nadir' has detected another boat with 76 people on board, including several minors, to whom it has provided assistance. They have finally been rescued by the humanitarian ship 'Sea Eye 4', in which cases of dehydration and infected wounds have been confirmed.