The investigation indicates that the explosive envelopes were sent from Spain 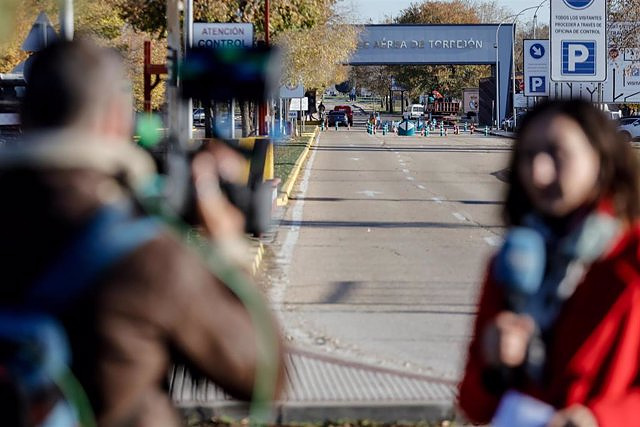 The first data from the investigation indicate that the explosive envelopes received by different organizations, the Ukrainian embassy and a military company were sent from some point in the interior of Spain, as revealed by the Secretary of State for Security, Rafael Pérez.

The head of the Ministry of the Interior has detailed in an appearance information on the five envelopes detected: one that arrived on November 24 at the Presidency of the Government addressed to the president, Pedro Sánchez; the one that broke out yesterday at the Ukrainian embassy in Madrid and that was addressed to the ambassador, Sergei Pohoreltsev; the one sent to the Instalaza company in Zaragoza; the one detected this morning at the Torrejón air base bound for the European Union Satellite Center; and a fifth sent to the Ministry of Defense for the attention of the minister, Margarita Robles.

Pérez has pointed out that they are brown envelopes with similar characteristics and that according to preliminary data from the investigation they could have been sent from Spain, although he has stressed that the investigation is ongoing.

However, it has revealed that the team of the President of the Government has contacted this Thursday with that of the opposition leader, Alberto Núñez Feijóo, to inform him of these facts.

‹ ›
Keywords:
UcraniaFuerzas Armadas
Your comment has been forwarded to the administrator for approval.×
Warning! Will constitute a criminal offense, illegal, threatening, offensive, insulting and swearing, derogatory, defamatory, vulgar, pornographic, indecent, personality rights, damaging or similar nature in the nature of all kinds of financial content, legal, criminal and administrative responsibility for the content of the sender member / members are belong.
Related News