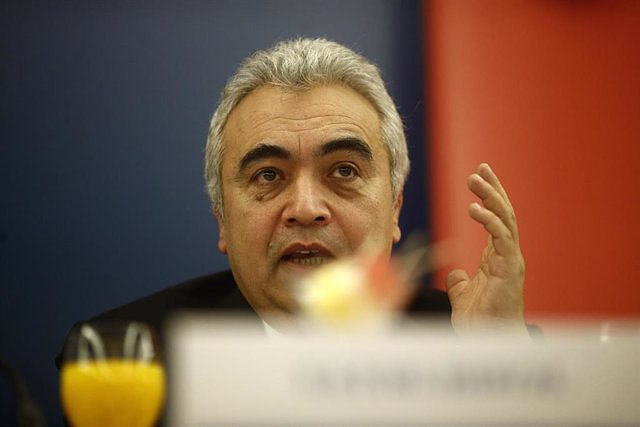 The European Union (EU) is in an "incredibly precarious" situation in the face of the potential Russian threat of a total gas supply cutoff for next winter, according to the International Energy Agency (IEA), which has urged Twenty-seven to boost gas storage by reducing demand from businesses and homes, temporarily increasing the use of coal and oil in electricity generation, in addition to nuclear energy.

We have seen some progress, particularly in terms of diversifying gas supply, but not enough, especially on the demand side, to prevent Europe from finding itself in an incredibly precarious situation today. AIE, the Turkish Fatih Birol, for whom the latest moves by Russia to further reduce natural gas flows to Europe are a red alert for the EU.

"As we approach the coming winter, we have a clearer idea of ​​what Russia can do next. The next few months will be critical," he warned.

In this sense, the director of the IEA has stressed that if Russia maintains a certain level of supply during the summer, it is still possible to achieve the 90% storage level, although Europe must act immediately and must first reduce its current consumption of gas and store the saved gas.

According to a new IEA analysis, the additional gas to be saved in the next three months is in the order of 12 billion cubic meters, enough to fill some 130 LNG tankers.

In this context, Birol has proposed the introduction of auction platforms to encourage EU industrial gas users to reduce demand, as well as minimize the use of gas in the electricity sector through a temporary increase in electricity-based generation. coal and oil while accelerating the deployment of low-carbon sources, including nuclear power where politically acceptable and technically feasible.

Furthermore, the director of the IEA has proposed improving coordination between gas and electricity operators across Europe, including peak-shaving mechanisms, to help reduce the impact of lower gas use on energy systems, as well as to reduce household electricity demand by establishing refrigeration standards and controls.

"Government and public buildings should take the lead in this to set an example, while campaigns should encourage behavioral changes among consumers," he said.

Finally, the Turk has called for emergency planning to be harmonized across the EU at national and European level, which should cover supply reduction measures and solidarity mechanisms, since, to overcome the current crisis, "the EU needs a unified action.

"If these types of measures are not implemented now, Europe will be in an extremely vulnerable position and could well face much more drastic cuts and restrictions in the future," he warned.

However, Birol has warned that it would be unwise to exclude the possibility that Russia decides to give up the revenues it earns from gas exports to Europe to gain political influence, having already capitalized on the current energy crisis to generate huge amounts of money. extra, since, since the beginning of the invasion of Ukraine, the money raised by the export of oil and gas to Europe has doubled compared to the average of recent years, to 95,000 million dollars (94,165 million euros).

"If Russia decides to completely cut off gas supplies before Europe can increase its storage levels to 90%, the situation will be even more serious and challenging," he acknowledged, warning of the potential risk that would result from a disjointed response and destabilizing.

"Today, Europe must do everything possible to reduce the risk of a great shortage and rationing of gas, especially during the coming winter," he stressed while waiting to know the measures of the European Commission this week.

‹ ›
Keywords:
ElectricidadEnergía NuclearPetróleoUECarbón
Your comment has been forwarded to the administrator for approval.×
Warning! Will constitute a criminal offense, illegal, threatening, offensive, insulting and swearing, derogatory, defamatory, vulgar, pornographic, indecent, personality rights, damaging or similar nature in the nature of all kinds of financial content, legal, criminal and administrative responsibility for the content of the sender member / members are belong.
Related News