The Ibex rises 0.1% in the middle of the session 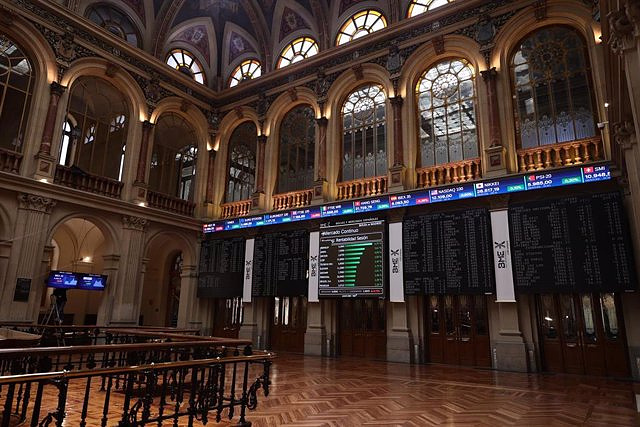 The Ibex 35 was trading in the mid-session of this first day of August with a rise of 0.17%, which led the selective to stand at 8,167.3 integers, in a context traditionally marked by lower stock market activity derived from the period after a month of July of presentation of results of the first half and rate hikes of the European Central Bank (ECB) and the Federal Reserve (Fed) of the United States.

In Spain, the Government will approve this Monday a package of urgent measures for efficiency and energy saving, as announced at a press conference last Friday by the President of the Government, Pedro Sánchez.

Specifically, the decree on energy saving measures that the Government plans to approve this Monday extends the temperature standards that are already applied in the Administration bodies to public transport, work centers, shops and businesses facing the public.

In addition, today it has been known that the manufacturing activity in Spain deteriorated last July as a result of the impact of inflation and economic uncertainty on demand, as reflected in the purchasing managers' index (PMI), which fell to 48.7 points, from 52.6 the previous month, for the first time since May 2020 below the 50-point threshold that separates growth from contraction.

In the case of the eurozone as a whole, manufacturing activity also slowed down in July, when the PMI fell to 49.8 points, compared to 52.1 in June, its worst reading in the last 25 months.

The XTB analyst, Joaquín Robles, has indicated that the results season will continue in the United States this week, with the publication of the accounts of Activision Blizzard, CVS Health, Booking or Moderna. In Spain, on Tuesday, Siemens Gamesa will report its results, while Naturgy will do so on Thursday.

Another important reference this week will be the OPEC meeting this Wednesday, where representatives of the main countries with oil reserves will discuss crude oil production quotas. Robles has indicated in this regard that the United States is pressuring the members of the organization to increase production "once again."

Finally, the price of the euro against the dollar stood at 1.0262 'greenbacks', while the risk premium stood at 107 basis points and the return on the 10-year Spanish bond stood at 1.903%.