The European Union on Tuesday expressed its "firm condemnation" of plans to hold "illegal" referendums on Russia's membership in the occupied areas of Ukraine and warned that it would consider further sanctions against those responsible. 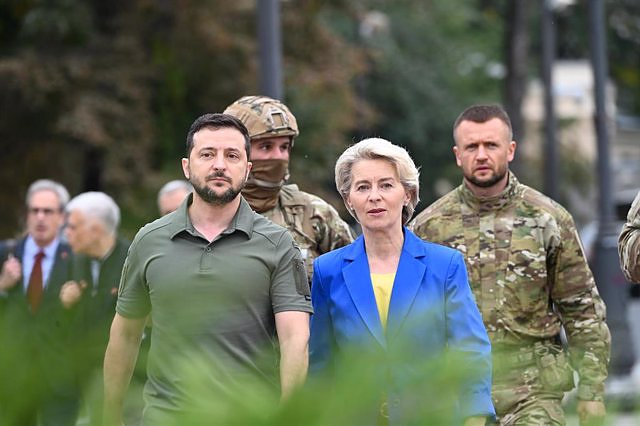 The European Union on Tuesday expressed its "firm condemnation" of plans to hold "illegal" referendums on Russia's membership in the occupied areas of Ukraine and warned that it would consider further sanctions against those responsible.

"The EU strongly condemns the illegal referendum plans that go against the legal and democratic authorities of Ukraine and are a violation of Ukraine's independence, sovereignty and territorial integrity in a flagrant breach of international law," said the High Representative of the European Union. EU for Foreign Policy, Josep Borrell, in a statement in response to the announcements of the consultations in the Ukrainian regions of Donetsk, Lugansk, Kharkov and Zaporizhia, under Russian control.

The head of European diplomacy has indicated that the results of these referendums will be "null" and in no case will they be recognized by the EU and its member states. In this regard, he stresses that the votes cast in these consultations cannot be considered the free expression of people who live under constant "threat and intimidation" from Russian troops.

He recalls that since the beginning of the invasion ordered by Russian President Vladimir Putin, the Russian Army has "intimidated, detained, tortured and kidnapped" Ukrainian citizens, forcing a large part of the population of the occupied areas to flee.

It is for all this that Borrell warns that this maneuver will be answered with more sanctions by the Twenty-seven. "Russia, its leaders, and all those implicated in these referendums and other violations of law in Ukraine will be held accountable and further restrictive measures against Russia will be considered," he warned.

This response from the Foreign Action Service comes after the president of the European Commission, Ursula von der Leyen, branded as "unacceptable" the accession referendums announced this Tuesday by the Ukrainian regions occupied by the Russian Army.

"We will never recognize Russia's attempt to legitimize its illegal and brutal occupation of Ukrainian territories," the head of the Community Executive told the German news agency DPA.

For Von der Leyen, this attempt to alter Ukraine's borders "is totally unacceptable and a clear violation of the UN Charter and the independence, sovereignty and territorial integrity of Ukraine."

Along the same lines, the president of the European Parliament, Roberta Metsola, has clarified that "no false referendum will change Europe's position on Ukraine and its territorial integrity."

Metsola has published a publication on his Twitter social network profile where he has stressed that this maneuver by the Kremlin will not change "the fact that it was Russia who invaded sovereign Ukraine."

Asked about the consultations in the occupied territories, a senior EU official has valued this step as a sign of the "nervousness" that is beginning to grow in Moscow and a reflection of the lack of military forces and setbacks on the battlefield.

‹ ›
Keywords:
Comisión EuropeaRusiaUcraniaUEUrsula Von Der Leyen
Your comment has been forwarded to the administrator for approval.×
Warning! Will constitute a criminal offense, illegal, threatening, offensive, insulting and swearing, derogatory, defamatory, vulgar, pornographic, indecent, personality rights, damaging or similar nature in the nature of all kinds of financial content, legal, criminal and administrative responsibility for the content of the sender member / members are belong.
Related News