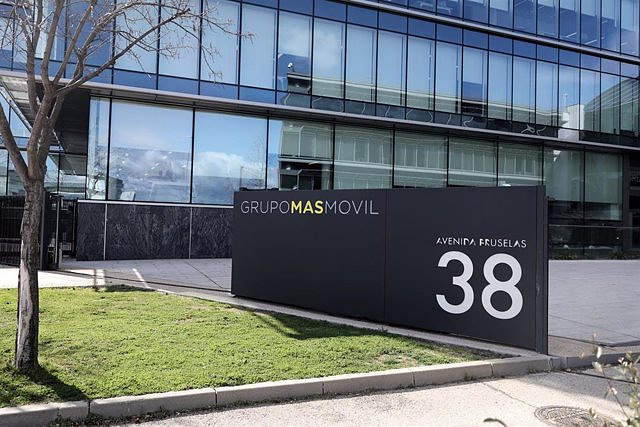 The National Commission of Markets and Competition (CNMC) has opened a file against MásMóvil for integrating the conglomerate of local operators There before notifying it to the regulator, a decision that the group will appeal.

Sources from the company have transferred to Europa Press their disagreement with the regulator's decision to initiate the investigation for an alleged serious misconduct, an end taxed with sanctions of up to 5% of the company's global turnover for the last year.

MásMóvil acquired There for just over 115 million euros in December 2020, an operation that occurred when the firm executed a purchase option that it had had since the creation of the operator in 2016, since it used the MásMóvil network.

There is an operator that grew mainly based on the purchase of local operators in towns with less than 25,000 inhabitants.

MásMóvil began the procedures for notification of the operation in April of last year after receiving a request from the regulator, which approved the operation in the first phase after not appreciating competition problems.

The regulator forced the firm to notify the operation because one of the companies there (Alma Telecom) had wholesale call termination services on fixed networks in two provinces, for which it is considered an operator with market power within your network.

However, this network has a market share "much less" than 10% of the total wholesale services provided in this market, for which the CNMC authorized without requiring an in-depth investigation.

‹ ›
Keywords:
CNMCMásmóvil
Your comment has been forwarded to the administrator for approval.×
Warning! Will constitute a criminal offense, illegal, threatening, offensive, insulting and swearing, derogatory, defamatory, vulgar, pornographic, indecent, personality rights, damaging or similar nature in the nature of all kinds of financial content, legal, criminal and administrative responsibility for the content of the sender member / members are belong.
Related News