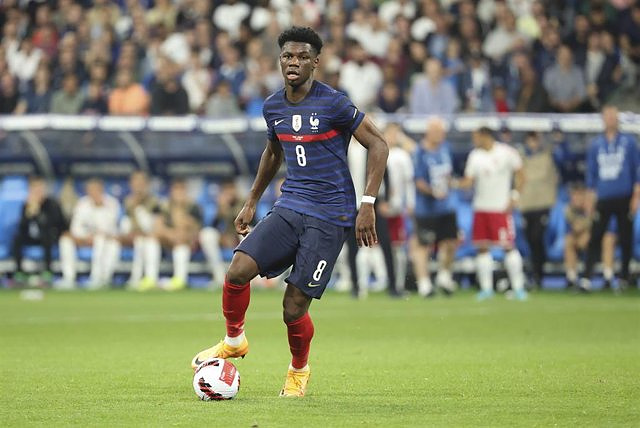 French midfielder Aurélien Tchouaméni will play for the next six seasons at Real Madrid, until 2027, the white club confirmed this Saturday, which has reached an agreement with AS Monaco for the transfer of the 22-year-old player.

"Real Madrid CF and AS Monaco have agreed on the transfer of the player Aurélien Tchouaméni, who will be linked to the club for the next six seasons," Real Madrid announced in a statement.

The French international, who has already accumulated eight official matches with the 'bleus' since he made his debut in September last year, arrives at Chamartín to reinforce the Whites' midfield and take over, above all, Casemiro as a defensive midfielder.

Tchouaméni grew up in the youth ranks of Girondins de Bordeaux, and signed for Monaco in 2020. This season, he played 35 games in Ligue 1 -where he posted an 86.7% pass completion rate and helped the Monegasque team finish third- and 50 throughout the season, in which he has scored five goals.

The Madridista entity also reported that the French international will be presented next Tuesday, June 14 at 12:00 at Real Madrid City, after the corresponding medical examination.