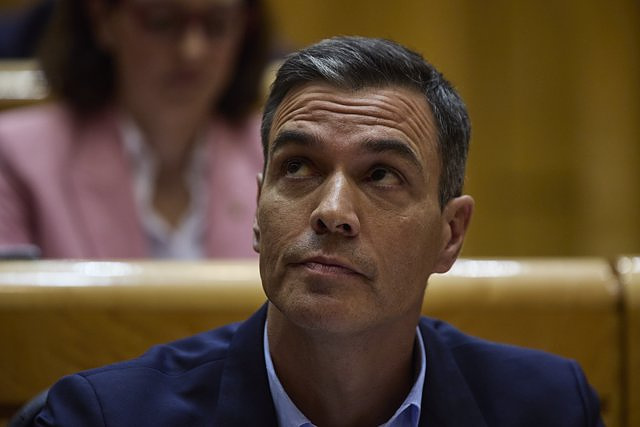 The President of the Government, Pedro Sánchez, has assured this Tuesday in his appearance in the Senate Plenary that there will be "additional measures" for energy saving, but that "they will not be dramatic" given that "there will be no rationing or apocalyptic scenes" as which, in his opinion, describes the right, for which he has sent a message of "calm" to the public.

"We can change some life habits to defend our life model. We are going to present them in detail very soon," Sánchez added about these additional saving measures.

In his speech in the Upper House, framed in the monographic debate on the energy crisis and the economic context, Sánchez has assured that the scenario for this winter is uncertain. "We do not know what is going to happen. The Government of Spain does not know, nor does that of Germany (...) we cannot clear up that mystery," he asserted.

"We cannot read the mind of a character (referring to Russian President Vladimir Putin) who, after a pandemic, has pushed humanity into the greatest crisis in recent years. It is likely that Putin does not know what the next steps are either. going to give, so in Europe we are preparing for the worst, which is a total cut of gas", he added.

Given this, the leader of the Executive has indicated that Spain has opted for the diversification of its gas suppliers, the promotion of renewable energies and for applying measures to reduce energy consumption.

In addition, he has emphasized that the Government advocates "solidarity" with the rest of the "European brothers".

Along these lines, he highlighted that in the first fortnight of August, Spain exported some 2,400 gigawatt hours (GWh) of gas in the form of electricity to the rest of the EU, equivalent, according to his calculations, to the consumption of an autonomous community such as Cantabria during six months.

Thus, he pointed out that this commitment to solidarity with the rest of the European partners is a "strategic" approach, given that the future of their economies may also affect that of Spain.

‹ ›
Keywords:
SenadoPedro SánchezEficiencia Energética
Your comment has been forwarded to the administrator for approval.×
Warning! Will constitute a criminal offense, illegal, threatening, offensive, insulting and swearing, derogatory, defamatory, vulgar, pornographic, indecent, personality rights, damaging or similar nature in the nature of all kinds of financial content, legal, criminal and administrative responsibility for the content of the sender member / members are belong.
Related News