Oramas (CC) denounces that the Canarian delegate has not participated in the working group but the president denies it. 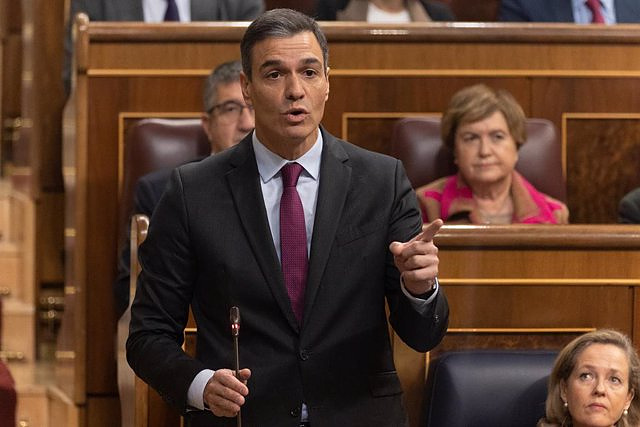 The President of the Government, Pedro Sánchez, has guaranteed this Wednesday that the Government will look after the interests of the Canary Islands and Spain in the talks it is holding with Morocco for the delimitation of territorial waters on the Atlantic coast, an issue that affects the archipelago.

This has been conveyed to the spokesperson for the Canary Islands Coalition, Ana Oramas, who in a question in plenary session of Congress has denounced that despite the Executive's promises, the representative appointed by the Canary Islands Government has not participated in the two meetings that he has held the working group with Morocco on this issue.

The Canarian deputy has made it ugly that the Canarian representative has been excluded from the meetings held on June 29 and October 11. According to Oramas, the response they have received from Foreign Affairs is that "the government delegation ensures the representation of the interests of the Canary Islands."

In this sense, he recalled that when this working group met for the last time in 2005, there was a representative from the Canary Islands despite the fact that the 2018 Statute for the archipelago had not yet been approved, "the only one that includes the sea as territory ", and that the International Treaties Law of 2014 provides for the participation of an autonomous community in a negotiation when it affects its territory.

Thus, Oramas has denounced that the Ministry of Foreign Affairs "continues not allowing the participation" of the Canarian delegate in the working group for the delimitation of the waters and has specifically asked Sánchez if this will continue to be the case.

The president has maintained that "the Government has the firm intention of ensuring that the Canary Islands are in the negotiations and we are doing so now." Thus, he has ensured that in fact there is a representative designated by the Canary Islands and that he "participates in the meetings that require his presence", such as those of June and October.

All in all, Sánchez stressed that "the Government, all political parties and the whole of Canarian society can rest assured that the Government will continue to fulfill its commitments and defend the interests of the Canary Islands and Spain as a whole". in their talks with Morocco.

The reactivation of the working group for the delimitation of territorial waters on the Atlantic coast is one of the points included in the joint declaration after Sánchez's meeting with King Mohamed VI in Rabat on April 7, which marked the start of a new stage in the bilateral relationship.

"The Canary Islands is one of the autonomous communities that benefits the most from the implementation of the declaration", the president has precisely maintained, who has also recognized the particular interest that everything related to Morocco arouses in the archipelago.

On the other hand, Sánchez has had a message of recognition for Oramas, who has already announced that he will not stand in the next general elections, since this Wednesday's was his last parliamentary question to the president.

"From the ideological discrepancy" that they have sometimes had, he has wished her "the best" in her political future and has recognized "the extraordinary work" she has done as a deputy. Oramas has thanked him and has asked him again that "Canarias be in the commission that decides her future."

‹ ›
Keywords:
Pedro SánchezMarruecos
Your comment has been forwarded to the administrator for approval.×
Warning! Will constitute a criminal offense, illegal, threatening, offensive, insulting and swearing, derogatory, defamatory, vulgar, pornographic, indecent, personality rights, damaging or similar nature in the nature of all kinds of financial content, legal, criminal and administrative responsibility for the content of the sender member / members are belong.
Related News