Sevilla does not finish taking off

Sevilla does not finish taking off. 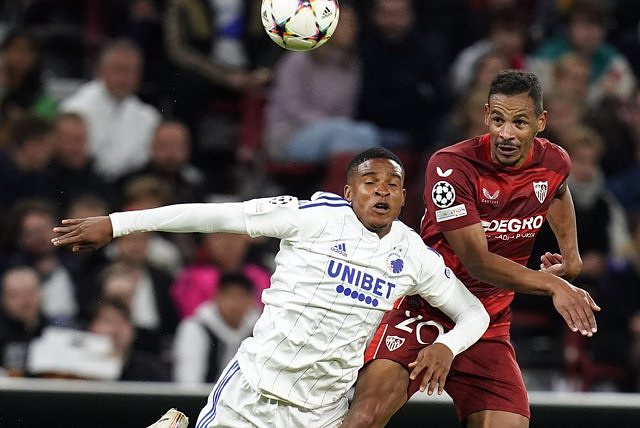 Sevilla does not finish taking off

Sevilla had to settle for adding a point in their visit to Danish Copenhagen this Wednesday, against whom they drew goalless in their second Champions League game, after a solid clash by Julen Lopetegui's men, but without excessive offensive shine.

After their first victory against Espanyol, the team from Seville hoped that this emotional reinforcement would help them against the theoretical weakest rival in the group, but usually very strong at Parken, where in their last 13 home games in the Champions League they had only been beaten by Real Madrid and Chelsea. The Andalusian team could not break that good dynamic either and will arrive with more urgency to the first of their two consecutive duels against Borussia Dortmund, already after the break.

Despite the fact that the Danish team began to press hard, Sevilla, where their coach once again opted for the homegrown players Carmona and Kike Salas and for Dmitrovic in goal, gradually managed to impose their possession football, which lacked a little more mordant. Even so, Rakitic had a good chance in the 8th minute after a good pass from Carmona, but he shot over Ryan's goal.

Clearer was the one that En-Nesyri had later, although the Moroccan, somewhat heeled in his hand in hand with the Australian goalkeeper, could not overcome him. After this good first sevillista stretch, the locals remade themselves and were somewhat better in the final quarter of an hour. Kristiansen had the clearest chance with a shot off Dmitrovic that went high, and the keeper was then well placed to catch a free kick on the edge of the area. Carmona, very active, could not find En-Nesyri in a good visitor move, and a high header from Claesson closed the first act.

The second half, on the other hand, was much more balanced, although there were hardly any very clear chances for either side. At the beginning, again Carmona, tried his luck with a header, and the reply came through Darami although Dmitrovic covered his attempt from the baseline to find a finisher in the small area.

Lopetegui tried from there to go for the three points and made offensive changes with the entry of 'Papu' Gómez for Rakitic and delay Isco in the middle, who wanted to be the protagonist without much success until he was substituted in the final minutes and who was also unable to take advantage of a good option with a centered free kick almost stuck to the area line.

Suso, Dolberg and Januzaj were the latest Sevilla weapons to try to disturb something else and look for that victory, while Copenhagen showed that their wardrobe is significantly lower and their replacements did not improve too much and allowed Sevilla to keep a clean sheet by first time all season.