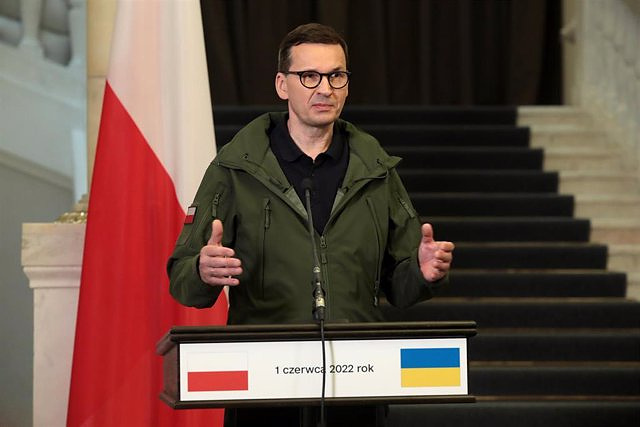 The Prime Minister of Poland, Mateusz Morawiecki, stated on Wednesday that the European Union agencies are slow to respond, due to bureaucratic obstacles, in the face of a changing situation in the context of the Russian invasion of Ukraine.

"Regardless of what we think of the European Union, one thing is certain: the decision-making process, especially when circumstances change very quickly, is very slow. This machine, which serves the interests of the most important players, is clearly damaged," he said, according to the PAP news agency.

In this way, he has ensured that there is a "structural deficit" in the EU, an opinion that, according to the prime minister, not only comes from Poland, but also from many other small countries in the community club that have realized this slowness in the processes.

"The whole world has been hit by a crisis of immense proportions: the crisis has affected the pockets of citizens and hence subsidies, anti-inflation shields and rate cuts to help the Polish economy recover ", has settled.

‹ ›
Keywords:
PoloniaUcraniaUE
Your comment has been forwarded to the administrator for approval.×
Warning! Will constitute a criminal offense, illegal, threatening, offensive, insulting and swearing, derogatory, defamatory, vulgar, pornographic, indecent, personality rights, damaging or similar nature in the nature of all kinds of financial content, legal, criminal and administrative responsibility for the content of the sender member / members are belong.
Related News