Pelosi arrives in Singapore at the start of her Asia tour

He is scheduled to eventually visit Taiwan, according to CNN sources. 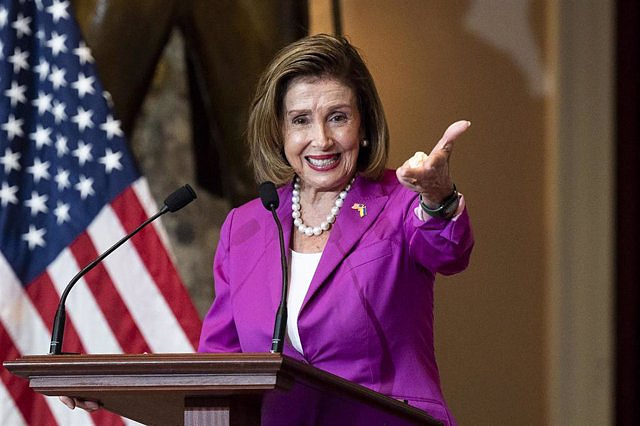 He is scheduled to eventually visit Taiwan, according to CNN sources.

The president of the United States House of Representatives, Nancy Pelosi, arrived in Singapore on Monday at the start of her tour of Asia, which will also take her to countries such as Malaysia, South Korea and Japan and which has raised controversy before the possibility of my visiting Taiwan.

Pelosi has arrived in Singaporean territory along with a US delegation that plans to meet with the president, Halimá Yacob, and the prime minister, Lee Hsien Loong, in addition to several Cabinet ministers, as reported by a spokesman for the Foreign Ministry.

Pelosi's office has confirmed that her parliamentary delegation is made up of six members of the US Congress and that the purpose of her visit is to address the situation in the Indo-Pacific region.

"The visit seeks to reaffirm the United States' commitment to its allies and friends in the area. In Singapore, Malaysia, South Korea and Japan, our delegation will hold high-level meetings and discuss mutual interests and values, such as peace and security. , the economy, trade, human rights and the coronavirus pandemic," he said in a statement.

In this sense, Pelosi has asserted that the president, Joe Biden, has reaffirmed that "a free Indo-Pacific region is crucial for the prosperity of the nation and the entire world."

The Speaker of the House of Representatives is the third most important figure in the United States behind the President and Vice President. The Singaporean president already traveled to Washington in May, where he met with Biden and Vice President Kamala Harris, as well as with Pelosi herself and other members of Congress.

"I applaud the delegation's commitment to the region", he pointed out before emphasizing the importance of strengthening the economic commitment between the parties" and addressing issues of international relevance "such as the war in Ukraine and climate change".

This same Monday, sources close to the matter have indicated in statements to the CNN television network that Pelosi is scheduled to visit Taiwan as part of her tour, something that will increase tension with China, which considers the island one more province under its control. sovereignty.

However, at the moment Pelosi has not confirmed this information, although the Chinese state newspaper 'Global Times' has indicated that her visit could be justified as "a technical stop" to refuel or reinforce the safety of the aircraft.

The visit, which would be the first by a House speaker in 25 years, is not on Pelosi's agenda or public itinerary. However, Taiwanese sources indicate that he could spend a night on the island, although the exact date for it is unknown.

‹ ›
Keywords:
Estados UnidosJapónMalasiaCorea Del SurAsia
Your comment has been forwarded to the administrator for approval.×
Warning! Will constitute a criminal offense, illegal, threatening, offensive, insulting and swearing, derogatory, defamatory, vulgar, pornographic, indecent, personality rights, damaging or similar nature in the nature of all kinds of financial content, legal, criminal and administrative responsibility for the content of the sender member / members are belong.
Related News