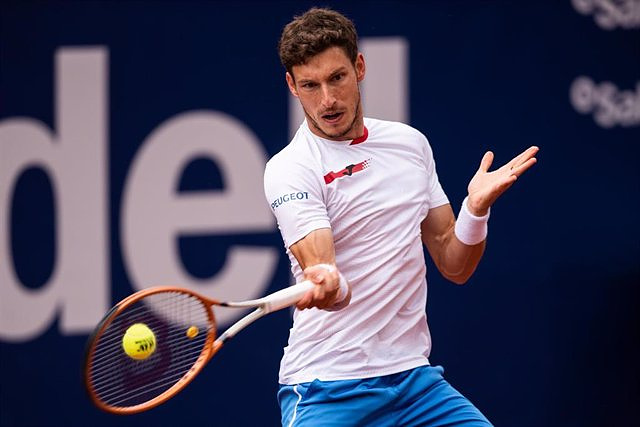 The Spanish tennis player Pablo Carreño beat the Pole Hubert Hurkacz with a comeback (3-6, 6-3, 6-3) this Sunday in the final of the Montreal tournament, which gave him the first Masters 1,000 of his record.

The Spaniard completed his idyllic week with Montreal in a tough and hard-fought final against a rival who had won five out of five in matches for a title and who even took the lead. Carreño won the most important ATP tournament of his career, to win the seventh trophy for his record.

The Spaniard confessed in the preview that 2022 was being hard, one of his worst years, but history changed in Montreal, from where he will come out in the 'Top 15' in the world (14). Carreño, with a good relationship with the North American hard court on the way to the US Open, took another step to be crowned in the sixth Masters 1,000 of the season.

The Asturian had faith in his options despite the fact that the first set escaped him with a single 'break' ball, used by the Pole in the sixth game. Carreño returned it to Hurkacz winning the second set in the only option that both gave each other, at 2-0.

Already in the third set, the confidence and the game grew in the Spaniard, to attack the rest with greater quality and get back in front early. Consolidated with 3-1, the Spaniard sealed his victory with one more 'break', to triumph in style in Canada. Both came from two duels between them in 2021, with one victory for the Pole in Metz and the other for the Spanish in Cincy.