Marc Márquez: "I knew that the first day would be difficult, but I concentrated on recovering sensations" 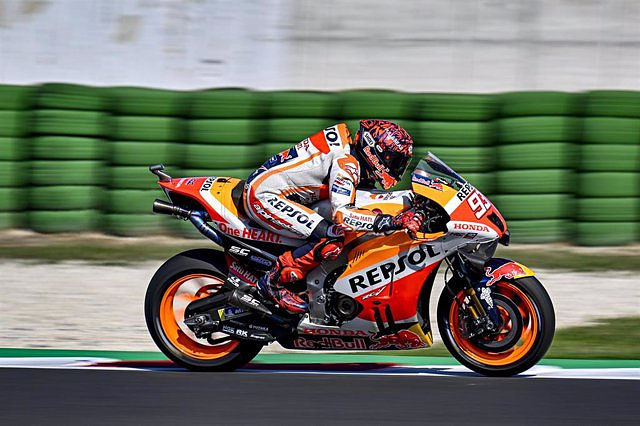 The Spanish rider Marc Márquez (Repsol Honda), already recovered from his operation on his right arm, completed 39 laps on Tuesday at the Misano-Marco Simoncelli Circuit after 100 days without getting on a motorcycle on the first day of the tests in MotoGP, with the new parts for 2023, a "difficult" day that has allowed him to "regain sensations".

"I feel good. I had only been training for two weeks and it was difficult for me to adapt at first, but I have driven by instinct and the times have not been bad," explained the pilot in statements provided by his team.

The eight-time World Champion completed all 39 laps in the morning, having initially started on a standard RC213V. "The most important thing is to get back in shape. I wanted to ride a little more in the afternoon, but tomorrow we'll keep working and try to do more laps," he added.

On his return to the track, the oldest of the Márquez recognized the difference in pace compared to the other riders. "The others come with a different pace and can focus on going as fast as possible." In this line, the fastest in the first half day was Aleix Espargaró (Aprilia Racing) with a time of 1: 31.531, just 26 thousandths faster than his teammate, Maverick Viñales.

"It's still early to understand the bike one hundred percent. Today we're happy to be back. Tomorrow we'll have a better perspective of what works for us and what doesn't," he said.