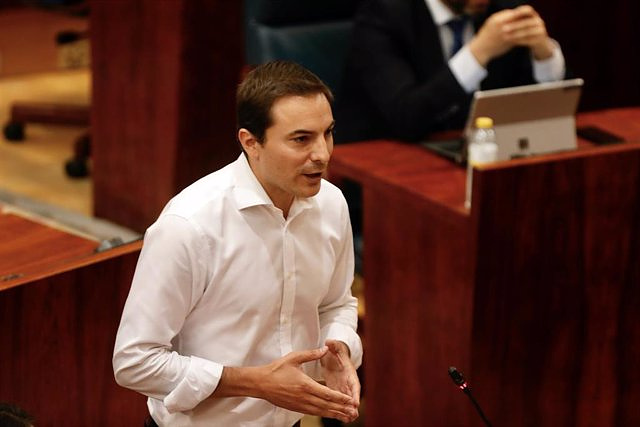 The general secretary of the PSOE-M, Juan Lobato, has demanded that the president of the Community of Madrid, Isabel Díaz Ayuso, "rectify" her health plan and has assessed that Madrid "deserves a change" after more than 20 years with governments of the People's Party.

In statements to the media from the demonstration for Public Health that is touring the streets of the capital this Sunday, Lobato stressed that thousands of citizens are defending "the right to live in peace and security, and to have a great Health Public".

Thus, Lobato has assured that this mobilization is "above parties" since it belongs to citizens and families who want to continue having good public services. "We politicians have to listen. The health workers tell us that they deserve decent treatment," he said.

Faced with this, the secretary general of the Madrid Socialists has asked citizens to give him "an opportunity to effectively manage Public Health in the Community of Madrid" in the next elections.

Lobato has affirmed that more than asking for the resignations of the president or the Minister of Health, Enrique Ruiz Escudero, he wants the regional government to "rectify" and "do something", but believes that Madrid deserves "a change after 28 years". "Oxygen, new energies, strength are needed so that these basic rights are the priority", he has affirmed.

Finally, he has called "nonsense" that the regional government wants to implement telemedicine in out-of-hospital emergencies. "We don't deserve it," she asserted.

‹ ›
Keywords:
PSOEPPDíaz Ayuso
Your comment has been forwarded to the administrator for approval.×
Warning! Will constitute a criminal offense, illegal, threatening, offensive, insulting and swearing, derogatory, defamatory, vulgar, pornographic, indecent, personality rights, damaging or similar nature in the nature of all kinds of financial content, legal, criminal and administrative responsibility for the content of the sender member / members are belong.
Related News