Koke: "There is no talk of Cristiano Ronaldo in the locker room" 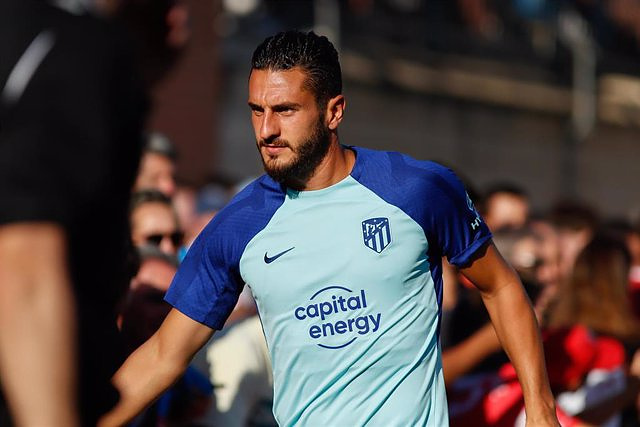 Atlético de Madrid captain Jorge Resurrección 'Koke' stated that in the Atletico dressing room they don't talk about the rumor of the possible signing of Portuguese Cristiano Ronaldo and that they focus on the players currently in the squad.

"There is no talk of Cristiano Ronaldo in the locker room. My teammates are great players, we have strikers from Argentina, Brazil, some from Portugal, France and Spain. Great players who can do great. I trust all of them," Koke said after the victory (0-4) against Numancia in the first pre-season test.

The mattress team played their first match after the traditional preparation in Los Ángeles de San Rafael. "It's not easy to come here after two intense weeks and with heavy legs, but we're happy with the result," he said.

Atlético beat Numancia in the ninth edition of the Jesús Gil Memorial. "We've done two big parts, it's not easy because of the heat. We've done good things and others that still need improvement", he added.

The anecdote of the match was starred by the subsidiary's goalkeeper Antonio Gomis, who played the last 15 minutes as a striker as he had no more replacements on the bench after Mario Hermoso's injury. In addition, the goalkeeper took the field wearing the shirt of Brazilian central defender Felipe, who was not called up due to injury.

"He lent us a hand, in the first preseason game it's not easy to play with 10 minutes. The coach has decided to put him on top to have one more. He has done a great job and has helped us a lot, especially not to run so much ", he claimed.

The captain highlighted the great start and the importance of being consistent. "Last season we were not. We have to take out the rebellion as we did in the last stretch and compete for all the competitions", he sentenced.

‹ ›
Keywords:
Cristiano RonaldoAtlético De Madrid
Your comment has been forwarded to the administrator for approval.×
Warning! Will constitute a criminal offense, illegal, threatening, offensive, insulting and swearing, derogatory, defamatory, vulgar, pornographic, indecent, personality rights, damaging or similar nature in the nature of all kinds of financial content, legal, criminal and administrative responsibility for the content of the sender member / members are belong.
Related News