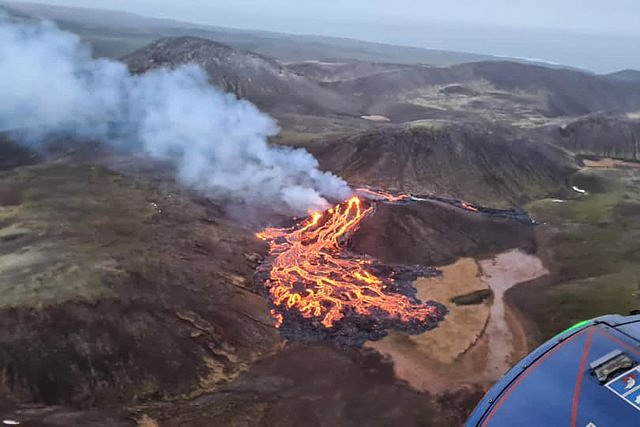 The Fagradalsfjall volcano, located on the Reykjanes peninsula in southwestern Iceland, erupted on Wednesday and ejected magma for the first time since September 2021, when a lava river was recorded in the area.

The country's authorities, who have confirmed the eruption, have indicated that the volcano, which is about 50 kilometers from the capital, Reykjavik, is also emitting gases, according to information from the newspaper 'Morgunbladid'.

Civil Protection sources have indicated that they are monitoring the situation. On Monday, the volcanic region of Reykjanes was already affected by a series of earthquakes, which raised alarms about the possibility of new eruptions in the area.

Thus, various experts have alerted the population to prepare for the possibility of a major eruption, either in the coming months or in the coming years.

‹ ›
Keywords:
IslandiaVolcán
Your comment has been forwarded to the administrator for approval.×
Warning! Will constitute a criminal offense, illegal, threatening, offensive, insulting and swearing, derogatory, defamatory, vulgar, pornographic, indecent, personality rights, damaging or similar nature in the nature of all kinds of financial content, legal, criminal and administrative responsibility for the content of the sender member / members are belong.
Related News