He played as 'azulón' the last half of the season on loan from Real Madrid. 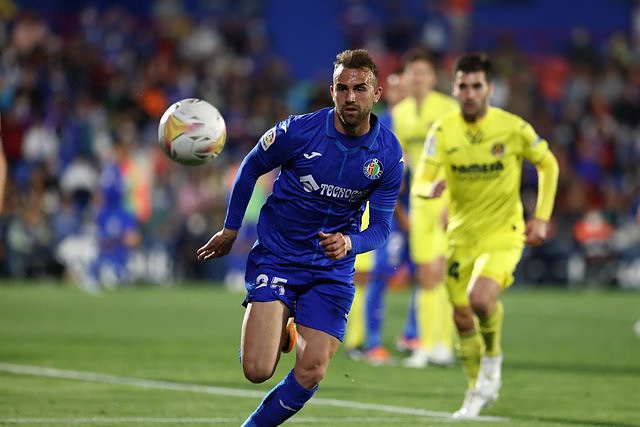 Madrid striker Borja Mayoral is a new Getafe player, with whom he signs for the next five seasons after the azulones reached a transfer agreement with Real Madrid so that the footballer, who was already at the club in the second half of last season on loan, stay permanently.

"Borja Mayoral will once again wear the azulona shirt after the agreement reached between Getafe Club de Fútbol and Real Madrid Club de Fútbol", announced Getafe, who will present Mayoral on Thursday after the morning training session.

Borja Mayoral arrived at Getafe in winter, on loan from Real Madrid, and played 18 games in which he scored six goals for Quique Sánchez Flores' team. Now the 25-year-old striker leaves the white team permanently and joins the azulón team, where he will seek the stability that he has not had in recent years.

The man from Madrid joined the Real Madrid academy in 2007, and has won a Champions League, a Club World Cup, a European Super Cup and a Spanish Super Cup. He thus closes his stage in the white club's first team, with whom he has played 33 games and scored seven goals.

Mayoral, 25, was trained in the Real Madrid youth academy, where he played for a season in the first team before beginning a carousel of loans that has taken him to Wolfsburg, Levante and Roma, with whom he participated in achieving the Conference League last season, playing the first half of the championship there.