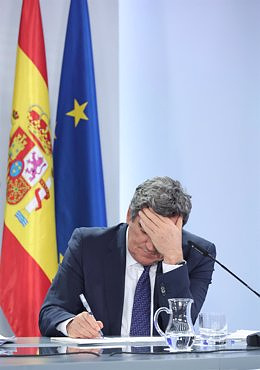 The Foundation for Applied Economics Studies (Fedea) considers that the reform of the contribution system for self-employed workers approved by the Government is positive to introduce greater equity in the system and a higher level of social protection for the group, but warns of that some aspects of it will make the self-employed receive "better treatment" than employees who contribute to the General Scheme.

Thus, according to an analysis carried out by Miguel Ángel García Díaz (URJC), this "better treatment" is due to the fact that, in the lower income brackets, the self-employed will be treated as full-time workers even when they declare income below the minimum interprofessional salary. (SMI) full-time, with the consequent favorable effect on their social benefits.

In general, Fedea considers that the general orientation of the reform is positive in trying to bring the treatment of the self-employed closer to that of salaried workers, but insists that there are some aspects of the reform, at least with the contribution tables set for next three years, which may be "problematic and will have the opposite effect" to the one pursued.

Thus, in addition to treating the self-employed better, Fedea points out that the objective of bringing the contribution bases closer to the real income of self-employed workers "is clouded by having prepared tables for the first three years (2023-2025) with a decreasing relationship between the contribution bases and the net returns declared to personal income tax as the member's income increases".

In addition, it considers that the decision to establish for a good part of the self-employed workers bases and quotas lower than the minimum of the General Salary Scheme for a full-time contract "can generate unfair competition with companies and increases the risk of using the figure of the false self-employed, diminishing the quality of employment".