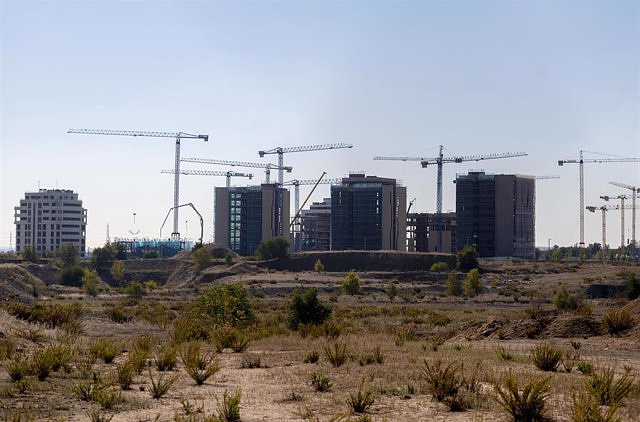 The interest applied to new loans to individuals for the purchase of housing in the eurozone, according to the composite indicator of the European Central Bank (ECB), reached 1.94% in June, which represents a monthly increase of 16 basic points compared to of 1.78% in May and the highest cost since June 2016.

The composite indicator, which combines the different interest rates of all loans to households for house purchase, increased in June driven by the effect of the interest rate, according to the institution.

In this way, the interest of 1.94% corresponding to the month of June represents an increase of 64 basis points compared to the historical minimum of 1.30% observed in September 2021, although it remains far from the maximum of 5.55% registered in September 2008.

Among different loans, the interest rate on loans for house purchase with a variable rate and with an initial rate fixation period of up to one year increased by 14 basis points to 1.66%.

For housing loans with an initial rate fixation period of more than ten years, the rate rose 12 basis points to 1.86%.

At the end of last July, the Governing Council of the ECB decided to raise interest rates by 50 basis points, so that the interest rate for its financing operations has come to 0.50%, while the deposit rate will reach 0% and the loan facility rate, 0.75%.

In this way, the ECB undertook an increase in the price of money greater than it had anticipated in recent weeks, when several members of the Executive Committee indicated that the rise would be 25 basis points.

On the other hand, the price of housing in the euro zone registered an annual increase of 9.8% in the first quarter of 2022, which represents the highest increase in house prices since Eurostat began collecting data in 2005.

‹ ›
Keywords:
BCE
Your comment has been forwarded to the administrator for approval.×
Warning! Will constitute a criminal offense, illegal, threatening, offensive, insulting and swearing, derogatory, defamatory, vulgar, pornographic, indecent, personality rights, damaging or similar nature in the nature of all kinds of financial content, legal, criminal and administrative responsibility for the content of the sender member / members are belong.
Related News