In the same session, those that update the legislation on fires and the new self-employed regime will be ratified. 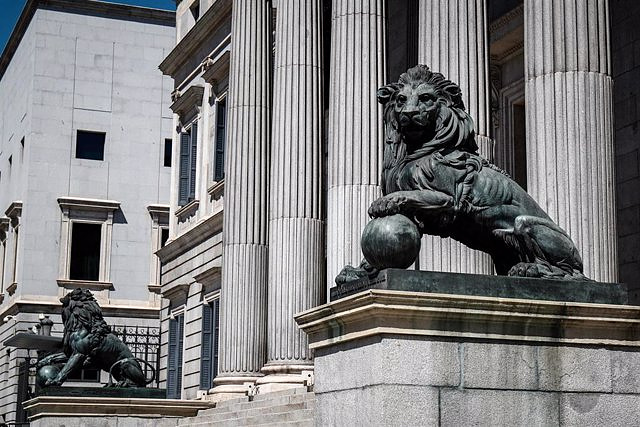 In the same session, those that update the legislation on fires and the new self-employed regime will be ratified

The Congress plans to validate in an extraordinary plenary session at the end of this month the plan with the new measures for energy saving and efficiency, which has been included in the decree law on economic sustainability measures in the field of transport approved this Monday by the Minister council

As parliamentary sources have informed Europa Press, the forecast is that this session will take place the week of August 22, presumably on the 25th, and that the debate and vote on two other decree laws, regulations that come into force when they are published in the Official State Gazette (BOE), but must receive the approval of Congress within 30 days of their approval.

Thus, this extraordinary plenary session will also serve for your honorable Members to pronounce on the decree that updates the basic legislation on forest fires and that requires annual prevention planning, approved this Monday, and on the one that contains the new contribution system for self-employed workers, approved last week.

But that session will not only be for the validation of decrees, but will also be used to definitively approve the Organic Law of comprehensive guarantee of sexual freedom, known as the 'only yes is yes' law, the Bankruptcy Law and the Law of Science.

The Government hoped that the Senate would approve these regulations before the summer break, but in the plenary session that took place the third week of July, the Upper House introduced several amendments and the texts have to return to Congress.

In non-ordinary sessions, the Plenary can only be convened at the proposal of the Government, of the absolute majority of the groups or of the Permanent Delegation. In this case, it would be the Executive that would request its convocation for the validation of the three decrees and to give the definitive green light to the amended laws in the Senate.

The amendment introduced to the law promoted by the Ministry of Equality was signed by Junts and went ahead with the votes of PP, ERC, Ciudadanos, Más Madrid and Coalición Canaria, among others. It is an addition to the preamble of the law to make it clear that it pursues "the most hidden sexual violence" such as forcing an abortion or sterilization.

The plenary session of the Senate was also unable to give the green light in July to the new Law on Science, Technology and Innovation. In this case, it was prevented by the incorporation of an amendment by the PP, backed by ERC, Junts, PNV, Unión del Pueblo Navarro (UPN) and Vox.

Three amendments have been introduced to the Bankruptcy Law supported by the PP, ERC and the Confederal Left, Citizens and part of the Mixed Group. This regulatory project contemplates reforms in the insolvency field to have agile and effective instruments that improve insolvency procedures and facilitate the maintenance of viable companies.

It also aims to transpose the European Restructuring and Insolvency Directive, a text that should have been incorporated into the Spanish legal system in July 2021. Faced with the impossibility of meeting that deadline, the Government requested an extension of another twelve months, but neither this time it has arrived on time.

‹ ›
Keywords:
Eficiencia EnergéticaConsejo De Ministros
Your comment has been forwarded to the administrator for approval.×
Warning! Will constitute a criminal offense, illegal, threatening, offensive, insulting and swearing, derogatory, defamatory, vulgar, pornographic, indecent, personality rights, damaging or similar nature in the nature of all kinds of financial content, legal, criminal and administrative responsibility for the content of the sender member / members are belong.
Related News