The judge considers that there is sufficient evidence to charge them, along with 22 other people, with a crime of prevarication in adjudications. 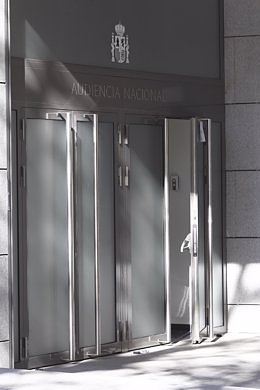 The judge considers that there is sufficient evidence to charge them, along with 22 other people, with a crime of prevarication in adjudications

The Criminal Chamber of the National High Court has confirmed the order of the judge of the National High Court José Luis Calama by which he proposes to try a total of 24 people including seven officials from the Community of Madrid and the mayors of the towns of Chinchón and Velilla de San Antonio for an alleged crime of prevarication in the award of public contracts in a series of small works granted to the company Efial Consultoría S.L.

The decision of the Third Section comes after studying the different appeals filed by the defendants against the Calama decision of March this year. They understand that the car is sufficiently motivated and therefore there is no helplessness, as suggested by those investigated.

It should be remembered that the investigation began in 2013 in a Vendrell court as a result of a complaint from the Prosecutor's Office in relation to possible irregularities committed in the public contracting of the Torredembarra City Council, in Catalonia.

It was as a result of the first investigations when the Vendrell court appreciated the existence of a fraudulent mechanism executed by the company Efial in numerous municipalities in Spain and sent part of its investigation to the National Court. At that time, the judge opened up to three separate pieces.

Calama ended the investigation of a specific piece: the one that affects the Madrid municipalities of Chinchón, Collado Villalba, Getafe, Velilla de San Antonio, Meco, Móstoles and Torrejón de Ardoz. Likewise, he agreed to the dismissal of the operations related to the Arganda del Rey town hall.

The Chamber indicates that the magistrate's order is not null because it leaves in writing that the investigation carried out shows evidence of the possible criminal commission or participation by those investigated. "And existing, at least, indications of crimes (...) the appealed decision is correct and correct", adds the court.

On the argument of some of the appellants that their conduct was in no way criminal, and that it did not conform to any type contemplated in the Criminal Code, the Chamber provides jurisprudence of the Supreme Court to finish by asserting that "if there is a plausible accusatory thesis, it should be allowed the closure of the investigation phase and the possibility of holding the trial act".

Regarding the appeal of one of the defendants, Juan José Mora Cuadrado, who alleged that the events prior to 2012 had prescribed and therefore there was no continuing crime, the court notes that in his specific case the prescription "cannot be considered manifest at all ".

In this particular piece, the judge proposes to send to trial, among others, the current mayor of Chinchón, the independent Francisco Javier Martínez Mayor, and his predecessor, María Luisa Fernández, the mayor of Velilla de San Antonio, the socialist Antonia Alcázar, or the Councilor for Finance of the Meco City Council, Luis Miguel Gómez Garda.

It considers the existence of a mechanism consisting of the circumvention of legal controls in the award of tenders and public contracts in the aforementioned municipalities to be proven.

Thus, he pointed out in his March order that those investigated by Efial -which was renamed Consultoría en Gestión Innovadora S.L. (CGI)- assumed tasks typical of public officials, to the point of illegally participating in the opposition contest processes, acting as advisors proposed by the mayor and billing for preparing the bases of the contests.

Judge Calama details in the order the modus operandi that, in many cases, consisted of the creation of public municipal companies where Efial created or managed a public business entity, apparently devoid of executive capacity, facilitating the circumvention of administrative control.

In this context, "the degree of submission to public contracting regulations was also relaxed, giving rise to the position of manager in the aforementioned company" being "also the same manager of the public company".

Thus, and in relation to public procurement, the judge explains that there was a "direction of public contracts, violating the principles of competition and concurrence, which means that they are awarded to a company that probably offers conditions that are not those more economically or technically beneficial for the Public Administration".

Therefore, and in the event of the adjudication, there was a loss of assets of the Administration since the adjudication did not take place to the most suitable company to carry out the work offered, but to the one determined by the will of the interveners.

The facts fit, as Calama explained, in a crime of administrative prevarication while those investigated divided the contracts in order to reduce the amount thereof and not exceed 18,000 euros so as not to jump the limit of the minor contract.

Thus, the judge detailed that the services were always granted in favor of the same chosen professionals, breaking the principles of publicity, competition, transparency, and equality. "That is to say, the adjudication in favor of CGI, basically, was made in all the cases expressed in the account of punishable acts through direct contracting, generally, fictitiously dividing the services, with an irregular fractionation in their billing," he adds.

And all this, he concluded, "with the aim of processing them as minor contracts, so that the invoices were always for an amount less than 18,000 euros, which, at the same time, avoided the advertising requirements of the procedure corresponding award".

‹ ›
Keywords:
Audiencia NacionalChinchónCorrupciónComunidad De Madrid Política
Your comment has been forwarded to the administrator for approval.×
Warning! Will constitute a criminal offense, illegal, threatening, offensive, insulting and swearing, derogatory, defamatory, vulgar, pornographic, indecent, personality rights, damaging or similar nature in the nature of all kinds of financial content, legal, criminal and administrative responsibility for the content of the sender member / members are belong.
Related News