Charles Michel: "The EU cannot be the collateral victim of the struggle between the US and China" 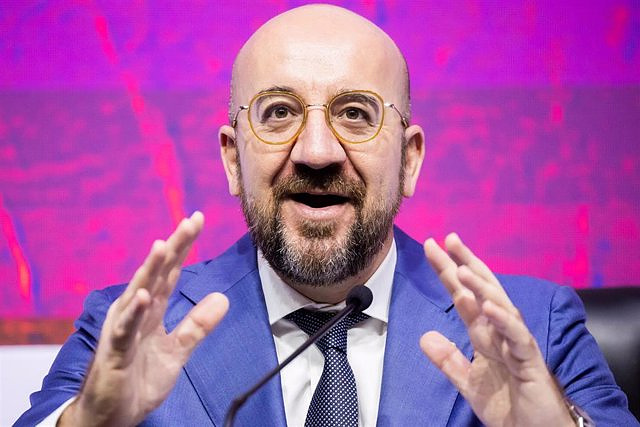 The President of the European Council, Charles Michel, has defended that the European Union "cannot be the collateral victim of the struggle between the US and China".

He said it in an interview in 'La Vanguardia' collected this Saturday by Europa Press, when asked if he believed that the EU could align itself on China with the United States.

Regarding the effects on the European industry of the law to reduce inflation approved by the United States, Michel has maintained that "Europe is paying an extremely high bill for the energy crisis", and he believes that, at the same time, the exporting countries of energy like the United States or Norway are getting more revenue.

He has assured that the credibility of the EU institutions in the face of the energy crisis will depend on their "ability to demonstrate that they can protect citizens and companies in the face of economic difficulties."

Asked if there is a rivalry between him and the president of the European Commission, Ursula von der Leyen, he has assured that they maintain a professional relationship that "works very well when each one deals with their respective role."

"It is not a problem of personalities or institutions, but it is true that on the issue of energy I feel that it is necessary to act more quickly", added Michel.

‹ ›
Keywords:
ChinaUE
Your comment has been forwarded to the administrator for approval.×
Warning! Will constitute a criminal offense, illegal, threatening, offensive, insulting and swearing, derogatory, defamatory, vulgar, pornographic, indecent, personality rights, damaging or similar nature in the nature of all kinds of financial content, legal, criminal and administrative responsibility for the content of the sender member / members are belong.
Related News