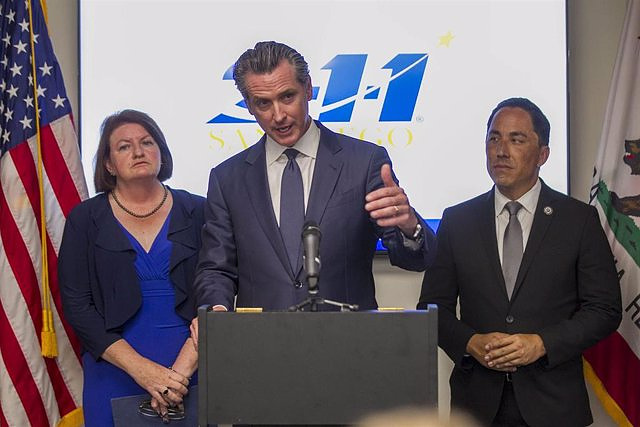 California Governor Gavin Newsom declared a state of emergency in California on Monday due to the spread of the monkeypox virus in order to "bolster the state's vaccination efforts."

"California is working urgently at all levels of government to slow the spread of monkeypox, leveraging our robust testing, contact tracing, and strengthened community partnerships during the pandemic to ensure those most at risk are our focus." of care for vaccines, treatment and outreach," Newsom said in a statement.

Nearly 800 cases of monkeypox have been confirmed in California so far, according to the latest data released Thursday by the US state Department of Public Health.

According to data in the report, 98.3 percent of confirmed cases have been in men, the majority of whom identify as part of the LGBTI community.

Proclamation of a state of emergency makes it easier for the state to coordinate its response to the outbreak and allows first responders to administer vaccinations.

Newsom's office has detailed that California has distributed more than 25,000 doses of the vaccine out of a total of 61,000 doses received to date. The Jynneos vaccine, in particular, remains in short supply across the country.

In addition, the governor's office has noted that more than 30 facilities and providers statewide are offering monkeypox treatment, though access to the prescription antiviral drug tecovirimat is also limited.

"We will continue to work with the federal government to get more vaccines, risk reduction awareness and support the LGBTI community in their fight against stigmatization," added Newsom.

‹ ›
Keywords:
Estados UnidosViruela Del Mono
Your comment has been forwarded to the administrator for approval.×
Warning! Will constitute a criminal offense, illegal, threatening, offensive, insulting and swearing, derogatory, defamatory, vulgar, pornographic, indecent, personality rights, damaging or similar nature in the nature of all kinds of financial content, legal, criminal and administrative responsibility for the content of the sender member / members are belong.
Related News