Belloch, former Minister of Justice and the Interior: "I was afraid that Cesid would murder Roldán and be history as an executing agent"

He describes the pacts with Bildu as "inadmissible": "Those of miquinta would have preferred that the PSOE go over to the opposition". 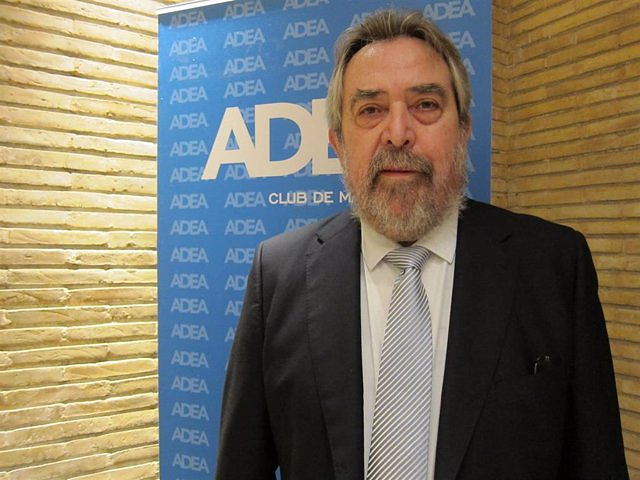 He describes the pacts with Bildu as "inadmissible": "Those of miquinta would have preferred that the PSOE go over to the opposition"

The former Minister of Justice and the Interior of the PSOE, Juan Alberto Belloch, has acknowledged that one of the greatest fears of the Government of Felipe González in the 1990s was "that Luis Roldán would appear murdered" because they would have gone down in history "as an agent executor".

"I was afraid that Cesid would murder Roldán so that he would not pull the rug and go down in history for that crime," says Belloch, who acknowledges that "there was a good chance that it would happen," he assured in an interview with El Español, collected by Europe Press.

Belloch has indicated that a part of the Government was looking for Roldán to "prevent him from pulling the blanket." "They accused me from the party: they told me that if Roldán pulled the blanket we would crash in the elections. I held the opposite. I believed that what could save us was to lift all the blankets," he revealed.

In this sense, he has recognized that he paid 300 million pesetas to an intermediary of the spy Paesa to arrest Luis Roldán. "There was no negotiation with Paesa. I negotiated with another person who has never appeared in the media. I am not going to give his name. The payment was made in my ministry office in a suitcase," he revealed.

In addition, he acknowledges that the Laotian papers certifying Roldán's arrest were made with his collusion. "I knew it in detail," he stressed.

Another of the issues that Belloch has reviewed has been the promotion of Rodríguez Galindo as a general of the Civil Guard, whom he himself promoted, despite being implicated in the torture and murder of Lasa and Zabala. "There were two aspects: the judicial and the anti-terrorist. The judicial: if Galindo had committed a crime, he should be investigated like any other citizen. And he was. But as an anti-terrorist fighter he was the best," he assured.

In fact, he reaffirms that he deserved this promotion despite the fact that torture "was the only thing he did wrong." "At that time I did not believe at all that Galindo had murdered Lasa and Zabala. It can be counted in a hundred different ways, it was not something simple. Until the judges said so, I did not think that Lasa and Zabala could have been murdered by Galindo. I never imagined it. In fact, I still have my doubts," he added.

Regarding the King's "dalliances", as Narcís Serra pointed out in a recent interview, Belloch has pointed out that in the case of Juan Carlos I, "it was not possible to differentiate between public activity and private activity" and both activities "were a security risk of the State".

"The obligation of the Government was to protect the institution in both cases. It was a real raffle (the plans to assassinate the King). Protecting the private life of a King is an institutionally logical and necessary act. The important thing was that Juan Carlos not be killed I", he stressed.

During the interview, Belloch also described the PSOE's pacts with Bildu as "inadmissible", for which he considers himself "Felipe González's socialist". "He would never have done that. At that point, we old veterans are overwhelmed by circumstances. And quite angry, why not say it," he criticized.

"The people of my farm understand that it would have been preferable to go over to the opposition and allow the party with the most votes to have governed. Precisely to disable the PP electorally, because it would have gotten into a good mess," he stated, before adding that he did not he feels identified with the current politics of the PSOE.

For this reason, he has defended the president of Aragon, Javier Lambán, who said that Spain would do better if Pedro Sánchez had not reached the general secretary of the PSOE. "He was talking about Javier Fernández. He would have been, it is true, an excellent candidate," he replied.

Lastly, Belloch has been questioned about the 'only yes is yes' law and has stated that it has been a "technical error" but "serious", for which he has added that if you have a minimum of scruples, you will presents the resignation", although he qualifies that he does not ask for Montero's resignation. "What I say is that if I were her I would resign. It is different ", he has sentenced himself.

‹ ›
Keywords:
PSOECNICrímenesFelipe González
Your comment has been forwarded to the administrator for approval.×
Warning! Will constitute a criminal offense, illegal, threatening, offensive, insulting and swearing, derogatory, defamatory, vulgar, pornographic, indecent, personality rights, damaging or similar nature in the nature of all kinds of financial content, legal, criminal and administrative responsibility for the content of the sender member / members are belong.
Related News