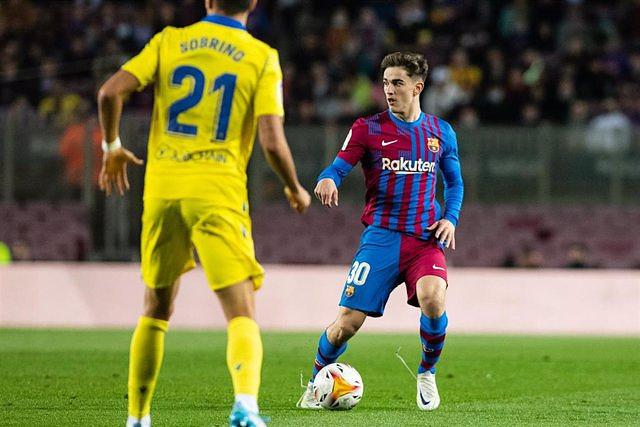 FC Barcelona will travel to Cádiz this Saturday (6:30 p.m./Movistar LaLiga) to play the fifth day of LaLiga Santander, in a duel of contrasts between the Barça players who are euphoric about their victories, unlike the team from Cádiz, who face the match as bottom team against a rival to which they have come out unscathed in the last four confrontations.

Xavi's men are still immersed in a cloud from which they do not want to come down. A promising start that was reaffirmed this Wednesday in its debut in the Champions League, where the Catalan side imposed their law against Viktoria Plzen (5-1) to prolong their promising league start in Europe.

Barcelona fans have turned the excessive illusion of the summer, with the arrival of seven high-caliber signings, into a state of euphoria due to the results achieved in the first month of competition. A team that has not known defeat to date and in which it does not seem to have a ceiling after a draw and three lofty victories in LaLiga.

Barça has surrendered to the Pole Robert Lewandowski, the Barça beacon that has guided his team since his complex arrival in Barcelona. The Pole has shown his stripes and has won the keys to a team that lives off his contribution in attack. His gunpowder has already struck down Real Sociedad, Valladolid and Seville. Five goals in the domestic competition, which is added to the 'hat-trick' against the Czech team in 'Champions'.

Precisely, the placid victory in the highest European competition allowed Xavi to move the bench and bring in players who have not had a leading role. A rotation that increases the confidence of an extensive squad -in which Jordi Alba, Franck Kessié and Gerard Piqué enjoyed minutes- and that allows them to arrive unloaded to the duel against Cádiz.

Héctor Bellerín and Marcos Alonso could make their debut with the Barça shirt this Saturday at the Nuevo Mirandilla, while Raphinha, who did not play in the Champions League, wins to start, along with Ferran Torres, who could rest the immovable Ousmane Dembélé to date.

In the case of Lewandowski, the "best striker in Europe" along with Benzema for Xavi, he could also stay on the bench with Pedri due to the vitally important duel next Tuesday against Bayern Munich.

In midfield, Busquets, in the same case as the Brazilian winger, arrives fresh for the clash and will take over a team helm, possibly accompanied by the tireless Gavi. At the back, Eric García will complete the defensive defense by resting and will accompany Araujo, while Koundé could return to the side, like Alejandro Balde.

Opposite, the 'culés' will find a needy Cádiz, who has not yet released his locker of victories this season, and with a Sergio González who begins to be in the spotlight after the bad start of the Cadiz team, the only team of the five major leagues in Europe that have yet to score a goal this season.

In addition, the yellows arrive at the match with 10 goals against, after conceding four against Athletic Club and three on the last day against Celta, sinking them even further with four consecutive defeats.

Now, they receive an unbeatable team at the Nuevo Mirandilla, a scenario a priori not conducive to reviving, although last year they were successful in both matches after a goalless draw in the first leg and the victory at the Camp Nou by the minimum on the lap

The positive news for Sergio González is the return of Rubén Alcaraz, who can bring stability to the Andalusian team in midfield. On the contrary, the technician will not be able to count on Cala and 'Choco' Lozano due to his discomfort in the adductor.