Yerevan asks Baku to withdraw its troops from the common border. 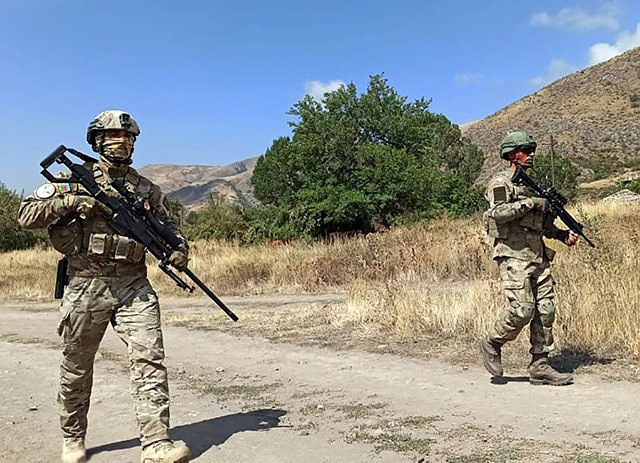 Yerevan asks Baku to withdraw its troops from the common border

The Armenian authorities have estimated this Monday at 207 the dead and missing after the clashes of the last week in the Nagorno-Karabakh region and have asked the Azerbaijani authorities to withdraw their troops from the common border.

"Having adopted the agenda of establishing peace and opening regional communications, the Republic of Armenia considers the policy of threat and coercion carried out by Azerbaijan unacceptable," he explained in a statement, collected by the state news agency Armenpress, the National Security Council.

In this sense, the Armenian authorities have called on the international community to put pressure on Azerbaijan with the aim of ending "the occupation of the sovereign territories of the Republic of Armenia".

The Council, in which the Prime Minister of Armenia, Nikol Pashinián, has also participated, has also stressed that the country will protect its "independence, sovereignty and territorial integrity" with "all available means" at its disposal.

"There is evidence of cases of torture, mutilation and, therefore, illegal execution of Armenian soldiers captured or killed by Azeris," he added.

Faced with the balance of Yerevan, the Azerbaijani authorities, for their part, announced over the weekend the death of at least 80 soldiers, while specifying that 282 soldiers were wounded between September 12 and 14.