Ancelotti: "It's important to leave the group stage behind, because it's normal for it to drain your energy" 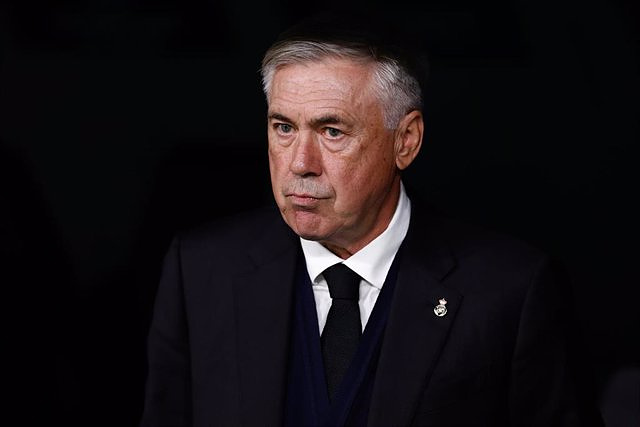 The Real Madrid coach, Carlo Ancelotti, was "satisfied" on Wednesday with the game shown by his team in the win (2-1) against Shakhtar, emphasizing that the squad "relaxes when they can" and "when they don't he can", he does not, in a duel that he described as "dangerous", because it seemed an "easy game", at the same time that he sees "it is important to leave the group stage behind", because "it is normal that it takes away your energy".

"I'm satisfied, we played very well, combined well, pressing high. We've had many opportunities, but we haven't been successful, but the important thing is that we've had them", analyzed the Italian at the press conference after the match against the Ukrainian team , in which the whites completed 33 total shots.

However, the merengue team lowered the intensity after making it 2-0 in the first half hour, "thinking that the game was comfortable and controlled", which caused Ancelotti to give "a wake-up call" at half-time. "The game wasn't close. It seemed like an easy game, but these games are dangerous, because you can fit in. We only conceded one chance behind in the second half, they did well defensively," he added.

"I know that this team relaxes when it can relax, when it can't, it doesn't. It's normal that with 2-0 and the game under control you make one less run... But I'm satisfied because we played well. The three forwards they have combined well, Valverde has helped a lot, Kroos and Tchouaméni have handled the ball well... It was all good, I'm not worried. the result in favour.

However, Ancelotti celebrated the victory, the third in three games in Group F of the Champions League, which allows him to have "a great opportunity" next week, against the Ukrainians to "go to the round of 16". "It's important to leave the group stage behind, because it's normal for it to drain your energy," he said, worried about the physical aspect of this atypical World Cup year.

The Italian coach highlighted the performance of the Brazilian Rodrygo Goes, scorer of Real Madrid's first goal on Wednesday, occupying a more central position, along with Karim Benzema. "He has played more in the middle to put more pressure on the central defenders. Almost in a 4-4-2, with the ball Rodrygo has extraordinary quality and can play anywhere. He has had a cramp, but he is fine", he stated, before to praise his great moment of form.

"He is at his best since he arrived, but he can progress. He is still very young, he is getting more minutes because he deserves it for his contributions in all the games," he praised.

Finally, he assessed Benzema's match, the second since his reappearance last Sunday after his injury. "He has been very good, the pace of attack has been decisive. He has been present in the area, he has not scored, but it is the last thing on our minds. He has grown a lot and it has been a complete game".