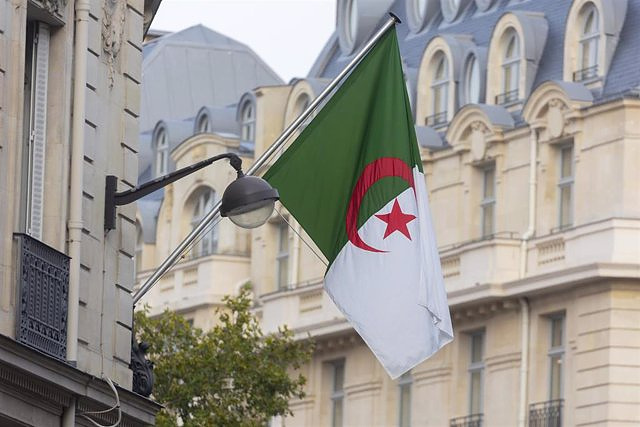 The Algerian Government has reproached Spain this Saturday for having caused the "regrettable interference" of the EU after the announcement of the rupture of commercial relations decided by Algiers and has stressed that it is a strictly "bilateral" issue that does not have why affect the rest of the EU members.

Specifically, he reproaches Spain for having raised the issue with Brussels "obviously committed to amplifying the theses of its national diplomacy to the detriment of preserving the interests of the European Union, within which Algeria has the honor of having many friends and partners" and "with the vain attempt to pressure" Algiers.

Thus, he considers that the EU's reaction includes "hasty and unfounded statements." "The haste and bias of these statements highlight the inappropriate nature of their content, since it is a political disagreement with a European country of a bilateral nature, without impact on Algeria's commitments with respect to the European Union", he pointed out. the Algerian Ministry of Foreign Affairs in a statement.

"The alleged suspension of trade and investment relations with Spain contained in these official European Union declarations is invoked hastily without any basis, and the authorities of the European Union do not have in this case any legal basis to establish their competence in the matter", has added. For this reason, Algiers "rejects" the activation of a European consultation mechanism for a "collective reaction".

On the other hand, the African country has highlighted that it has "always" fulfilled its commitments within the framework of the Association Agreement with the European Union and thus rejects as "fanciful and malicious" the "insinuations" on the issue of gas supply to Spain by which "the President of the Republic himself has had to solemnly affirm Algeria's determination to fulfill its contractual obligations". Algiers has also highlighted that this issue has to do with the "strictly commercial" relations of the companies of both countries.

In addition, Algiers has defended Algerian sovereignty in order to consider the Treaty of Friendship, Good Neighborhood and Cooperation that it had up to now with Spain to be broken "which responds to legitimate considerations that refer essentially to the fact that the signatory has detached itself from the obligations and essential values ​​enshrined in this Treaty, thus assuming the responsibility of emptying this legal instrument of its substance and questioning its relevance in the relations between the two parties", he argued.

Algeria announced on Wednesday the suspension of the good neighborly treaty with Spain, in force since 2002, while announcing the freezing of direct debits for foreign trade operations of products to and from Spain as of this Thursday. Algiers justifies the retaliation in the "unjustifiable" support of the Government of Pedro Sánchez for Morocco's autonomy plan for Western Sahara.

In this situation, the EU warned Algeria on Friday that in an initial analysis it considers that it is violating the Association Agreement with the community bloc and that it is willing to "face any type of coercive measure" that it takes against one of its its Member States, after which Algeria clarified that the gas supply will not be affected.

‹ ›
Keywords:
UEArgelia
Your comment has been forwarded to the administrator for approval.×
Warning! Will constitute a criminal offense, illegal, threatening, offensive, insulting and swearing, derogatory, defamatory, vulgar, pornographic, indecent, personality rights, damaging or similar nature in the nature of all kinds of financial content, legal, criminal and administrative responsibility for the content of the sender member / members are belong.
Related News