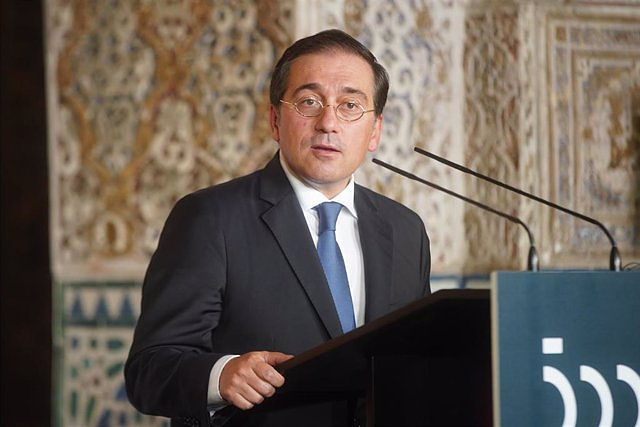 The Minister for Foreign Affairs, European Union and Cooperation, José Manuel Albares, has once again insisted that the Government wishes to have the "best relationship" with Algeria, as it has with the other neighboring countries, although he has made it clear that this is not it has to be "exclusive" with the new stage in the relationship with Morocco.

"What we want is to have the best relations with Algeria, with the Government of Algeria and with the people of Algeria," said Albares, repeating the message that the Government has made an effort to convey since last March 19, Algiers withdrew to his ambassador in Madrid after the President of the Government, Pedro Sánchez, endorsed the Moroccan autonomy plan for the Sahara.

Spain wants to have the "same relations" with this country as with the rest of its neighbours, "mutually beneficial relations, based on mutual respect, mutual benefit, non-interference in internal affairs", he pointed out at a press conference in Seville with his Portuguese counterpart, Joao Cravinho.

At this point, Albares has given as an example the relationship that is developing with Morocco and that, among other things, has made it possible to reduce migratory flows to the Peninsula, in addition to the resumption of the Crossing the Strait operation.

"At this time, when all the irregular immigration routes used by the mafias that traffic in human beings are increasing in Europe, the only route that not only does not increase but is reduced is precisely the one that, through the Strait, reaches the coasts of Andalusia", he highlighted.

‹ ›
Keywords:
MarruecosArgeliaUE
Your comment has been forwarded to the administrator for approval.×
Warning! Will constitute a criminal offense, illegal, threatening, offensive, insulting and swearing, derogatory, defamatory, vulgar, pornographic, indecent, personality rights, damaging or similar nature in the nature of all kinds of financial content, legal, criminal and administrative responsibility for the content of the sender member / members are belong.
Related News