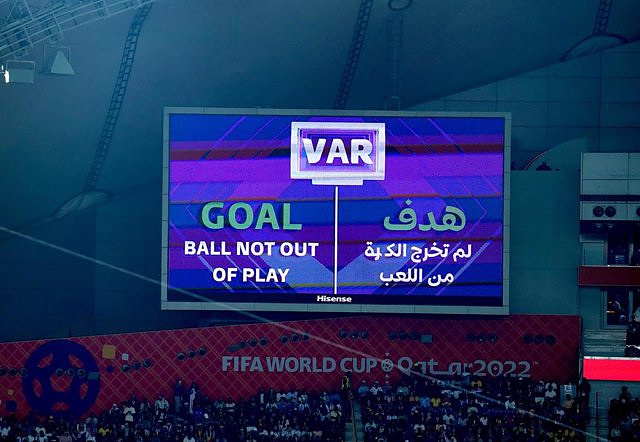 FIFA supported its referees in the VOR room of the match between Spain and Japan this Friday for validating the second goal of the Asian team after deciding that the ball had not completely gone through the bottom line of Unai Simón's goal.

In this sense, and after the controversy over the images that could suggest that the ball had come out in its entirety increased, the world soccer governing body warned that "other cameras can offer misleading images." "But according to the evidence available, the entire ball was not out," he settled.

‹ ›
Keywords:
JapónFifa
Your comment has been forwarded to the administrator for approval.×
Warning! Will constitute a criminal offense, illegal, threatening, offensive, insulting and swearing, derogatory, defamatory, vulgar, pornographic, indecent, personality rights, damaging or similar nature in the nature of all kinds of financial content, legal, criminal and administrative responsibility for the content of the sender member / members are belong.
Related News