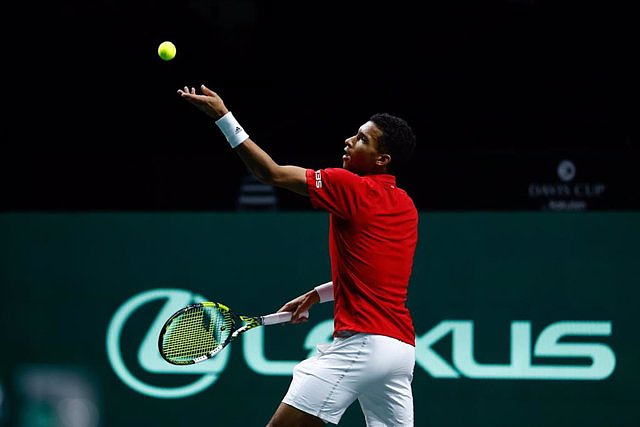 Canada has won, for the first time in its history, the Davis Cup of tennis after defeating Australia 2-0 in the final played this Sunday at the José Martín Carpena Palace in Malaga, after the triumphs in the individual matches of Denis Shapovalov and Felix Auger-Aliassime.

Denis Shapovalov defeated Australian Thanasi Kokkinakis 6-2, 6-4 in one hour and 29 minutes in the first match of the final, while Felix Auger-Aliassime defeated Alex De Minaur, also in straight sets, 6-3. and 6-4.

"The emotions are very difficult to explain. These guys and I, except for Vasek who is older, grew up together in Canada dreaming of winning the Davis Cup, for me personally and I think for everyone. It's an amazing moment for my country." commented Felix Auger-Aliassime, number 6 in the world who gave Canada the decisive point.

For his part, Shapovalov, who gave Canada the first point after losing in singles against Italy and Germany, confessed to being "living a dream." "Two years ago it was hard to lose and we were very empty," he said.

Canada was contesting their second final in three years, after the 2019 final they lost to Spain in Madrid. "It's a historic moment for us. I'm so proud! how much effort they've put in. They've put their souls on the pitch. Everyone who has helped us, the fans have been incredible. I don't know how to describe it. Being a part of this is amazing A historic day for Canada," captain Frank Dancevic celebrated.