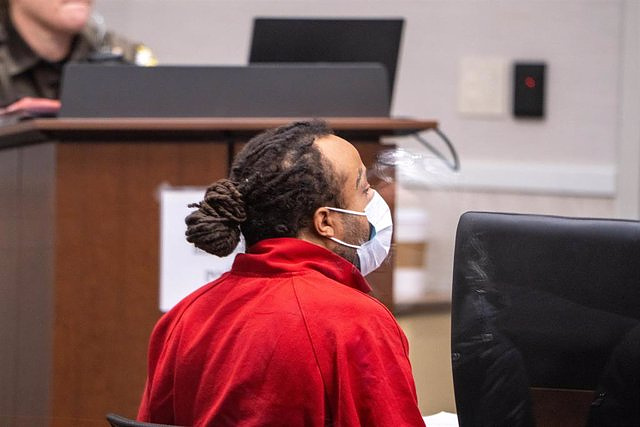 A US court has sentenced this Wednesday Darrell Brooks, investigated for killing six people and injuring dozens by running over the crowd of a Wisconsin Christmas parade in 2021, to six consecutive life sentences without the possibility of supervision.

The 40-year-old perpetrator was convicted last month of 76 counts stemming from the parade attack, including six counts of first-degree intentional homicide with the use of a dangerous weapon, reports CNN.

This Wednesday, after two days of statements from victims and relatives, the magistrate imposed the sentence, ordering the defendant to serve life in prison for each of the six counts of intentional homicide. The judge has also imposed several dozen years of additional prison for the remaining 70 charges of which he has been found guilty.

"You have absolutely no remorse for anything you do. You have no empathy for anyone," the judge told Brooks. He, who barely apologized, assured that he finds it difficult to understand why "this tragic accident" happened, stating that "no one can see the remorse he feels."

The event, which occurred on November 21, 2021, left six fatalities and a total of 62 injured, of whom 18 are children. The magistrate has indicated that the attacker "used the vehicle as a weapon", hitting people, for several blocks, "as if they were nothing more than speed bumps."

Waukesha Police Chief Daniel Thompson said Brooks acted alone after being involved in a "domestic disturbance." Specifically, the alleged perpetrator would have been released from prison on bail of about a thousand dollars (about 890 euros) two weeks ago after allegedly trying to run over a woman who he claimed to be the mother of his son. In addition, the Police have asserted that "there is no evidence" that it is a terrorist incident.