The United Nations confirms 258 dead and more than 55,000 displaced in October due to local conflicts in Sudan

The UN estimates more than 800 dead and 265,000 displaced since the beginning of the year, mainly due to clashes in West Kordofan and Blue Nile. 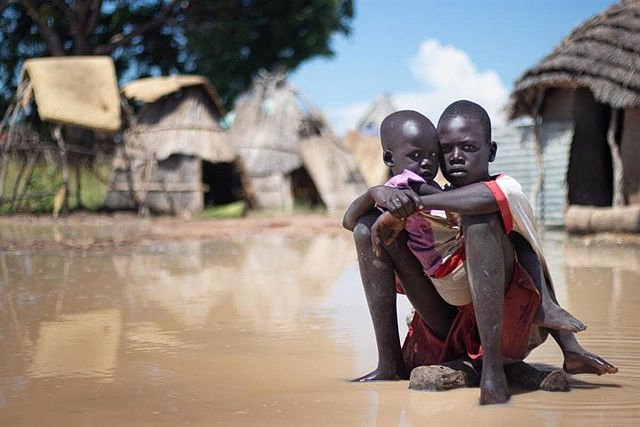 The UN estimates more than 800 dead and 265,000 displaced since the beginning of the year, mainly due to clashes in West Kordofan and Blue Nile

The intercommunity conflicts in the Sudanese states of Western Kordofan and Blue Nile, in the south of the country, have left 258 dead, 385 injured and more than 55,000 displaced in October alone, according to the balance presented at the end of this week by the Office Coordination of Humanitarian Affairs of the United Nations in the African country (OCHA).

The country is the scene of two simultaneous clashes. The first in the Wad el Mahi area, on the Blue Nile, between the Hausa and Berta communities; and the second in Al Lagowe, in West Kordofan, between the Misseriya and Nuba communities.

In the first case, and to give an example, with regard to the upsurge in violence between the Hausa and the Berta, the United Nations has evidence of at least 359 deaths and 469 injuries since July, of which 170 would have died and 327 they would have been injured only during the two peak weeks of the conflict, between October 13 and 28.

However, no fighting has been reported since October 26 and the security situation appears to have improved, especially following the declaration of a state of emergency ordered by the area authorities on October 21, according to estimates. from the ONU.

It remains to be seen how the situation in Al Lagowe, relatively calm since the end of last month, will be resolved in a conflict aggravated by accusations by the Sudanese Army and its paramilitary Rapid Action forces against the North Sudan People's Liberation Movement ( SPLM-N) for carrying out bombing raids in the area. The Commission for Humanitarian Aid in Western Kordofan is aware of at least 19 deaths and 34 wounded during the clashes in October.

To this must be added other tensions between the Sudanese security forces and community leaders in North Darfur, particularly in the Sortony camp for internally displaced persons, which have caused the displacement of another 5,000 people since the beginning of October. There have been no reports of deaths or injuries but right now the area is not accessible to humanitarian organisations.

Additionally, between January and October 2022, 115 security incidents involving the United Nations and non-governmental organizations were reported across the country, including armed attacks, bodily assaults, break-ins, robberies, and verbal harassment.

‹ ›
Keywords:
OnuSudán
Your comment has been forwarded to the administrator for approval.×
Warning! Will constitute a criminal offense, illegal, threatening, offensive, insulting and swearing, derogatory, defamatory, vulgar, pornographic, indecent, personality rights, damaging or similar nature in the nature of all kinds of financial content, legal, criminal and administrative responsibility for the content of the sender member / members are belong.
Related News